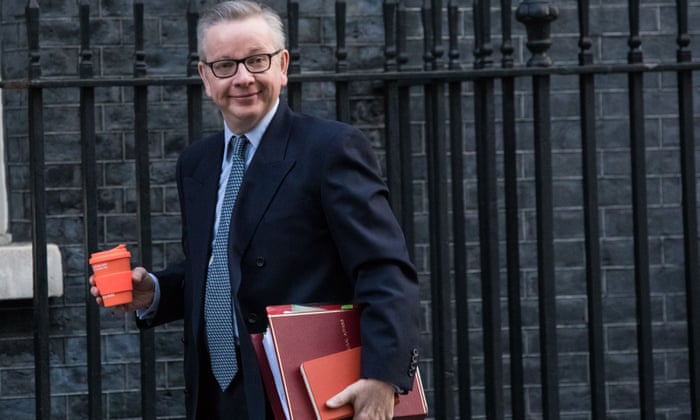 Michael Gove has called for a crackdown on excessive executive pay and offshore financial arrangements within water companies, warning that concern about corporate behaviour could grow if customers face a hosepipe ban later this year.

In a letter to Jonson Cox, chairman of Ofwat, the environment secretary said the government was prepared to hand more power to the industry regulator to help it tackle such practices.

Gove said Ofwat had a key role to play and thanked the water industry regulator for pressing companies to change behaviour. But he said more could be done and listed particular activities that undermined consumer trust, including offshore arrangements, securitisation, highly geared structures, excessive salaries and dividend payments.

In his response Cox described it as an “immense privilege” for any company to hold a monopoly public service licence and said that must not be taken lightly. “It is entirely reasonable, when companies adopt more aggressive structures than customers are paying for, that Ofwat and customers want companies to be transparent about their financing and returns and explain them clearly.”

He said Ofwat was pushing companies on a number of fronts, and engaging intensively with the most highly leveraged, pointing to action taken with Thames Water. Thames, Britain’s largest water and waste water services company, has taken steps to close its controversial Cayman Islands subsidiaries, accepting that it “just looks wrong”. He promised to report on whether further help was needed by April.

Gove’s intervention comes as Water UK releases information on average household water and sewerage bill increases in England and Wales for 2018-19. The organisation representing the industry said the new average bill would be £405, a rise of £9, which it stressed was 2%, so below inflation. A breakdown of expected increases finds a range across the country with some firms slightly reducing prices while others are opting for 3% or 4% hikes.

Water UK said that £8bn extra would be invested in the industry this year as part of a £44bn commitment from 2015-20. It said the funding would help prevent 370m litres a day leaking from pipes and ensure nearly 5,000 fewer properties would be flooded with sewer water.

A spokesman for Water UK suggested it believed any investigations would give the industry a clean bill of health: “Water companies have been busy investing £8bn a year delivering world class services and addressing concerns raised by the regulator. So we look forward to the work by Ofwat bringing some sorely needed facts and balance to the debate.”

… we have a small favour to ask. More people are reading the Guardian than ever but advertising revenues across the media are falling fast. And unlike many news organisations, we haven’t put up a paywall – we want to keep our journalism as open as we can. So you can see why we need to ask for your help. The Guardian’s independent, investigative journalism takes a lot of time, money and hard work to produce. But we do it because we believe our perspective matters – because it might well be your perspective, too.

I appreciate there not being a paywall: it is more democratic for the media to be available for all and not a commodity to be purchased by a few. I’m happy to make a contribution so others with less means still have access to information.Thomasine F-R.