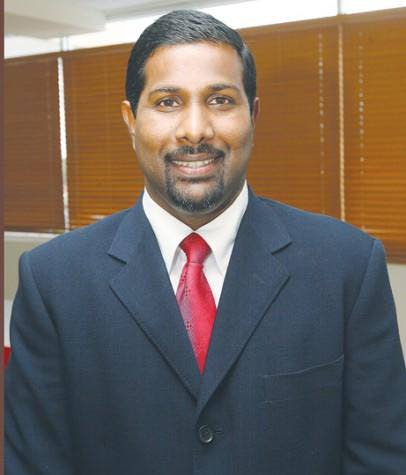 WHO is allowed access to what? This seems to be the confusion among board members, members and stakeholders of the TT Cricket Board (TTCB) concerning the accessibility of financial documents within the local cricket body.

Former West Indies spinner and member of the TTCB Dinanath Ramnarine is questioning why certain financial statements are being kept by the executive of the board.

“I wish to express my disappointment for the continuous refusal by you (Azim Bassarath) to provide copies of the auditors report for the last three years to members of the TTCB including me despite numerous requests,” Ramnarine said in an email to TTCB president Bassarath on April 3. Ramnarine is requesting the TTCB auditors report for 2016, 2017 and 2018.

Ramnarine said he addressed his concerns at the last Annual General Meeting.

“As you would recall this matter was raised at the last Annual General Meeting (AGM) of the TTCB on November 4, 2018 where numerous matters were raised concerning the TTCB’s finances which still remains unanswered.”

According to Ramnarine, other TTCB members have asked for copies of the auditors report after hearing about the document’s existence.

“In fact, some members were extremely surprised that such a report existed and requested copies at the AGM. I myself have requested copies on several occasions since the AGM, but despite my best efforts the president has refused to provide copies to me and the full board,” Ramnarine said.

Former TTCB auditor Denesh Bhola understands that financial statements, including management letters, should be made available to all members of the board.

An email by Bhola to Ramnarine said, “From my experience in auditing other entities, where members are eligible and are required to vote to approve the financial statements of an entity, it is customary for such members to also have access to any management letters or similar reports issued by the auditors. This is in keeping with the principles of good governance and practice. As such, I am in full support that the management letters should be made available to members for review. With that being said, professional obligations prohibit me from circulating such documents.”

Calls to Bassarath went unanswered. However, first vice-president of the TTCB Arjoon Ramlal says he does not know of an audit report explaining the money spent within the organisation. “I don’t know of that. The finances are audited and the auditors sign off on it. As far as we are concerned that has always been done. I don’t know if they need any report to back up the finances (because) if the financial report is audited and signed off by the auditors, that is what I know of.”

Chairman of the Sport Company of TT Douglas Camacho, giving his thoughts on access to financial documents, said normally if an audited report is prepared it is often shared with all members of an organisation. However, a management letter remains in the hands of management and is not shared among everyone.

Camacho, a former auditor, said, “The audit report is really the opinion of the auditors contained in the financial statement – they (members) will get that but that is not what people sometimes want. What they want is a management letter which is a completely different thing and what that does is the auditors go through with the management, who has responsibility for the accounts, and they identify possible areas where they could improve based on the dialogue between the management and the auditors. The auditors would put their findings in a letter to help management improve internal control, processes etcetera. That is a different document, that document is not traditionally a document that will be shared widely.”