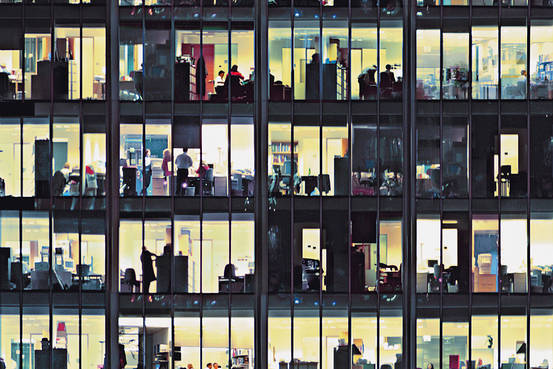 The nature of employment seems to be undergoing radical change. Among the trends weakening the traditional model of steady, full-time employment are on-demand workplatforms like Lyft and Instacart; software to help companies schedule employees’ shifts almost in real time; and a desire among many workers for greater flexibility.

The pace of change has been so rapid that officials have struggled to quantify how these shifts are playing out in the broader U.S. workforce.

Last week, the U.S. Government Accountability Office quietly stepped into the information breach, releasing a report that analyzes much of the available data on the contingent workforce, the broad category of workers who aren’t full-time, permanent employees.

Depending on who’s counting, the contingent workforce covers everyone from part-time cashiers with steady jobs to day laborers looking for work on street corners to freelance business consultants earning hundreds of thousands of dollars a year.

The GAO found that contingent workers, broadly defined, comprised 40.4% of the workforce in 2010, up from 35.3% in 2006. Most of that growth came not from typical freelancers or temp workers but from an increase in permanent part-timers, a category that grew as employers cut hours and hired fewer full-time workers during the recession.

Given the diversity of alternative work arrangements, policy makers and economists have struggled to understand what the American job looks like today. The GAO said its findings could shed light on policy decisions related to, among other things, income inequality, economic growth, and fiscal issues.

The GAO also came up with a measure of what it calls the “core contingent workforce”—workers who lack job security and workers whose job schedules are variable, unpredictable or both. It estimated that 7.9% of the U.S. labor force, up from 7.1% in 2006, falls into the category. The data source for both analyses was the 2010 General Social Survey, a survey conducted by NORC, an independent research organization at the University of Chicago.

Core contingent workers are more likely than standard workers to be younger, Hispanic or lacking a high-school degree. They are also three times as likely to be laid off at some point during the year.

Overall, contingent workers earned about 10.6% less per hour than standard workers, an estimate based on 2012 income data from the Current Population Survey. On an annual basis, and after controlling for the variable hours and employment gaps of contingent workers, that group earned 12.9% less per year than traditional employees.

In terms of actual pay earned, the difference grows to 47.9%—in other words, a contingent worker’s income is about half that of someone with a steady, full-time job. The gaps were especially large in industries such as education and transportation, while construction workers earned nearly the same on an hourly basis whether they were contingent or standard.

The findings may add some texture to policy debates about labor regulations and incentives for employers. For example, if contingent workers rely on programs such as food stamps and Medicaid in higher numbers than standard workers—and they do, according to the data—then the government and taxpayers have an interest in promoting traditional employment arrangements.

The GAO studied the topic partly because legislators have shown little interest in measuring these changes. The Department of Labor has repeatedly asked for money to reinstate a regular Contingent Worker Survey but those requests have not been funded. The last time the survey took place was 2005.

Private organizations have tried to quantify this workforce in the meantime. Last year, the Freelancers Union and Elance-oDesk, Inc. conducted their own survey and said that 34% of U.S. workers are contingent, a number that included independent contractors, temps, and moonlighters, among others.

And there is hopefully more clarity ahead; the report noted that the Census Bureau’s 2014 Survey of Income and Program Participation, which was not administered in time to be included in the GAO report, will better reflect some of the fluidity in today’s labor market, identifying people who move among contingent work, regular work, and non-work, along with those who hold multiple jobs where one may be irregular or temporary.