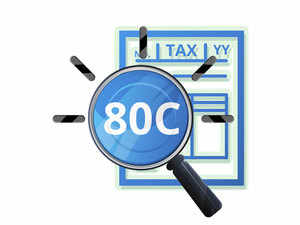 Out go all the exemptions and deductions under Chapter VI-A, including the house rent allowance (HRA), investments under Section 80C, NPS contribution, medical insurance premium and even the leave travel allowance which is tax free if claimed once in a block of two years. The deductions under Chapter VI-A add up to a huge amount. In their returns for the financial year 2017-18, individual assessees claimed deduction for more than Rs 4.45 lakh crore.

The removal of tax exemptions and deductions certainly makes compliance less tedious, but avid tax planners who maximised their tax deductions will probably pay more tax under the new regime. In effect, the budget has tried to put more money in the hands of taxpayers by curtailing the incentives to save.

On its part, the Finance Ministry expects four out of five taxpayers to move to the new tax regime. It analysed the income and investment data of 57.8 million taxpayers and found that 69% would save on tax under the new system. Another 20% might want to switch to avoid the hassles and paperwork involved in tax planning.

Will you benefit?
Tax was already quite confusing for the average Indian. With three more tax slabs, the new tax regime has only added to the confusion. Taxpayers are trying to figure out whether the new tax structure is more beneficial. Several websites have come out with calculators that help individuals figure this out. The Income-Tax Department itself has launched an e-calculator to estimate the tax liability under the new tax slabs. It compares taxes in the old and the new tax regime.

You don’t really need to do an elaborate calculation to know this. The answer is actually quite simple. Anyone claiming tax exemptions and deductions of more than Rs 2.5 lakh in a year will not gain from the new structure.

This threshold of Rs 2.5 lakh includes the standard deduction of Rs 50,000 for which no investment is required. All salaried taxpayers are eligible for this, which leaves only an additional deduction of Rs 2 lakh. Of this, Rs 1.5 lakh is taken care of by Section 80C investments. The average taxpayer also claims exemption for HRA or claims deduction for the interest paid on a home loan. Then there are other deductions such as the contribution to the NPS, the interest on education loans, treatment of illness and for disabilities. There is also the small but widely claimed exemption of up to Rs 10,000 for savings bank interest under Section 80TTA.

What goes out
Some of the 70 exemptions and deductions you won’t get in new regime. Check which of these you are claiming now.

What stays
Some 50 tax exemptions have been left untouched in the Budget. These include:

This threshold of Rs 2.5 lakh deduction applies to income above Rs 15 lakh. The breakeven point is even lower for those in the lower income brackets. Mrinal Chakraborty claims deductions of only Rs 2.2 lakh, but will pay more tax if he shifts to the new regime. “The 2020 budget has not lived up to the expectations of taxpayers. The income tax proposals are disappointing,” says Ankur Choudhary, Co-Founder & CIO, Goalwise.com.

In Pic: Mrinal Chakraborty, 31 years, IT professional, Pune
Low income taxpayer
He doesn’t claim too many deductions but his tax will rise by more than Rs 16,000 if he switches to the new structure.

Can anybody save Rs 78,000?
Finance Minister Nirmala Sitharaman said in her budget speech that a taxpayer earning Rs 15 lakh will save Rs 78,000 in tax under the new regime. However, this assumes that the taxpayer is not claiming any deduction at all. In reality, the standard deduction applies automatically to all salaried taxpayers. Also, there are several expenses that are eligible for tax benefits, such as tuition fee of up to two children which can be claimed as a deduction under Section 80C.

The new tax structure will suit those who don’t claim too many deductions or want to avoid the paperwork of tax planning. This could include non-salaried taxpayers (including consultants) who are not eligible for the host of exemptions and deductions under Chapter VI-A. It could also include senior citizens who do not draw a pension from their employer and are therefore not eligible for the standard deduction of Rs 50,000.

However, senior citizens earn a big chunk of their income from interest and enjoy an exemption of Rs 50,000 for interest income under the newly introduced Section 80TTB. Retired PSU staffer T. Joseph gets pension from his former employer and also earns interest. He will be better off in the existing tax regime.

In Pic: T. Joseph, 61 years, Retired PSU employee, Delhi
Senior citizen pensioner
His tax will shoot up by Rs 18,200 under the new structure. He is better off in the existing regime.

No incentive to save
The option to remove tax exemptions and deductions is also worrying investment experts. Section 80C forces individuals to save, and they will be weaned off savings if there is no tax incentive. “The impetus seems to be towards spending, rather than focusing on longer term financial security for individuals. Individuals who opt for the new tax regime and forgo tax exemptions may end up spending money than use it towards their financial safety and security,” says Tarun Chugh, Managing Director and CEO of Bajaj Allianz Life Insurance. “The alternative provided to individuals for lower tax rates if they do not claim exemptions and deductions does not seem too attractive. The new system discourages investments,” says Dhiraj Relli, Managing Director & CEO, HDFC Securities.

In fact, tax benefits are the prime drivers of investment decisions in India. The NPS was always a very good investment opportunity but it started attracting investors only after the additional tax deduction of Rs 50,000 was introduced in 2015. It became even more popular after the new rule that makes 60% of the corpus tax free on maturity came into effect. “Doing away with the exemptions goes against the basic concept of financialisation of savings,” rues Swarup Mohanty, Managing Director and CEO, Mirae Asset Mutual Fund.

On the other hand, some experts feel that the budget has done the right thing by separating tax benefits from investments. “In the name of tax savings, many taxpayers are making significant and far reaching investment mistakes. This misbuying may stop after the tax incentives are removed,” says Nitin Vyakaranam, Founder and CEO of financial planning firm Arthayantra. His views are echoed by others. “The core objective of insurance is protection. It’s time the middle class bought insurance for its real benefit, which is protection,” says Yashish Dahiya, Co-founder & CEO, Policybazaar.com.

Choose between old and new
To be fair, taxpayers will have the option to switch to the new tax structure. “This is a good move because taxpayers will be able to make the choice depending on their financial situation,” says Sudhir Kaushik, Co-founder of Taxspanner. “Taxpayers who avail several exemptions and deductions such as house rent allowance and Section 80C deductions may not benefit from switching to the new system,” says Amit Maheshwari, India Tax Leader at Ashok Maheshwary & Associates.

What’s more, CBDT chairman P.C. Mody has clarified that individual taxpayers will have the option to switch from the old regime to the new structure and vice versa every year. If a taxpayer has made certain investments or expenses in a certain year, he can shift to the old system. However, Mody also clarified that business owners won’t have this option to switch back and forth every year.

So taxpayers earning just below these threshold limits will not benefit if they forego the exemptions and move to the new tax regime.