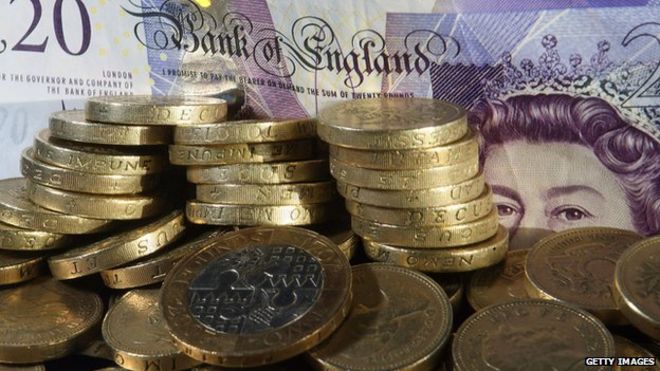 In February this year the Northern Ireland Assembly finally passed a 2015/16 budget in the wake of the Stormont House Agreement.

But that was not the end of the legislative process.

Putting the budget into practice requires what is called a Budget (No. 2) Bill. It sets out the fine detail and provides legal authority for departmental spending.

While that bill is working its way through the legislative process, government departments still need money to operate.

The funds are released by a mechanism know as the Vote on Account.

It is normally 45% of the preceding year’s total spending, which should be sufficient to ensure that the money available for public services is not exhausted before the Budget (No.2) Bill is approved.

The issue now is that Finance Minister Arlene Foster said in the absence of welfare reform, she could not bring forward a credible Budget (No. 2) Bill.

That sets the clock ticking on the Vote on Account money – when it runs out, a senior civil servant will have to step in and impose a severely constrained budget.

The Department of Finance will not be drawn precisely when the Vote on Account money runs out.

SDLP MLA Alex Attwood told Tuesday’s welfare debate in the assembly that it would likely be around the end of July and described Tuesday as “an artificial deadline”.

The former DUP finance minister, Sammy Wilson, agreed with that timing but added that the deadline was genuine as it is “impractical” to expect departments to start altering their budgets at very short notice.

Sinn Féin minister John O’Dowd also pointed out that back in 2012, Mr Wilson put a Budget (No. 2 Bill) through using “accelerated passage” and its first reading did not happen until 18 June.

But ultimately if a Budget (No. 2 Bill) is not brought forward in fairly short order Stormont’s finances will be in uncharted and unpleasant territory.