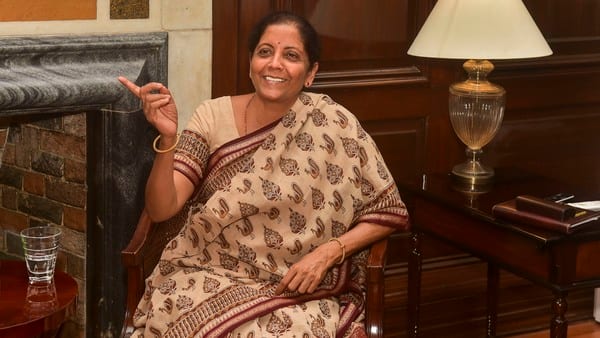 NEW DELHI: Finance minister Nirmala Sitharaman won’t cut the tax rate for large companies to 25% from 30% in theforthcoming budget and may raise the long-term capital gains tax, as the government grapples with a potential revenue shortfall and additional spending commitments.

The Narendra Modi administration is exploring ways to garner more tax revenue either by tapping new sources or by digging into existing ones, a person familiar with the discussions in the government said on condition of anonymity.

One of the ways being examined by officials is whether there is a scope to raise the tax on gains made when stocks that are held for more than a year are sold, said the person cited above. Such long-term capital gains exceeding ₹1 lakh are now taxed at 10%.

Modi, who returned to office for a second term last month with a massive mandate, has to find the resources to back the income support scheme for farmers and pensions for traders while forgoing revenue on relief promised to small taxpayers in the interim budget his previous government presented in February before going to the elections.

Sitharaman, set to present the full-year budget for FY20 in the first week of next month, also has the task of adding momentum to a slowing economy. She will have to find ways to fund a new scheme on skill development and job creation, now a priority for the government.

Sitharaman is part of the two new cabinet committees led by Modi on investment and growth, and jobs and skill development.

The promise of lowering the corporate tax rate to 25% was made by Sitharaman’s predecessor, Arun Jaitley, in the budget for FY16.

Lowering the tax rate for these companies will pinch the government and has to be accompanied by strong anti-evasion measures, said a second person, who also sought anonymity.

“There is no fiscal space for it at this juncture,” added the person.

The Bharatiya Janata Party had promised in its election manifesto to work towards lower tax rates and better compliance, raising the hopes of businesses.

“The large industry awaits the advantage of a lower tax rate in line with global trends. It would be interesting to see if the government bites the bullet in this budget by lowering the corporate income tax rate to 25% for all companies or provides only a partial relief, keeping in mind the fiscal constraints,” said Sudhir Kapadia, national tax leader at EY India.

A potential increase in capital gains tax on equities and equity-oriented mutual funds follows the robust performance of capital markets. The finance ministry will analyse the move before it takes a final decision.

Giving relief to taxpayers in the forthcoming budget is likely to be limited to areas that will not pinch the government but improve the optics, said the first person cited earlier.

Industry executives have urged the government to cut the corporate tax rate, make funds cheaper and unleash bold reforms in land and labour.

Last week, the Reserve Bank of India cut the benchmark rate by 25 basis points, the third rate cut since the beginning of the year, to stimulate investments.

Experts expect measures in the budget to breathe new life into the faltering automobile industry and the cash-strapped real estate sector, and take steps to help exporters stimulate growth.

“The government has five years on its side to achieve fiscal consolidation. A bold budget, even if there is a little bit of fiscal slippage, is important to give a boost to the economy,” said Girish Vanvari, founder of advisory firm Transaction Square.

Experts are hoping for major tax changes in the second budget of the re-elected National Democratic Alliance government next February, which is about eight months away, as public consultations on a new direct tax code, which is currently on the drawing board, will be concluded by then.

An expert panel drafting the new tax code has been given time till July-end to complete the task.

“Tax authorities are in the meantime stepping up administrative efforts to improve compliance and shore up revenue,” said Neeru Ahuja, partner at Deloitte India.