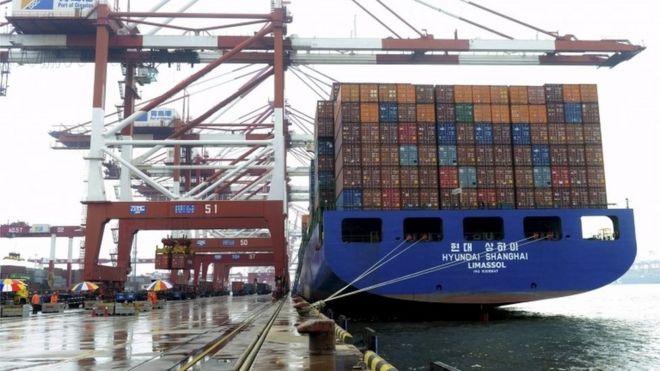 The Organisation for Economic Co-operation and Development (OECD) is calling for urgent action by world leaders to tackle slowing growth.

The call came as the think tank cut its global economic forecasts for 2016.

It said trade, investment and wage growth were all too weak, adding that cutting interest rates and other monetary policy fixes were not sufficient to reflate growth.

Interest rates in many parts of the world have been cut to attempt to stimulate borrowing and investment. Rates in many countries, including the UK, are at record lows.

The US, notably, raised its rates by a sliver late last year. This was designed to calm investors’ nerves, but to many, it now seems like a prematurely optimistic move.

The OECD has now cut its growth forecast for the US to 2% from the 2.5% it was predicting last November, one month before the country’s interest rate went up.

In Europe, Japan and Switzerland, rates have been cut to negative, meaning that depositors pay the bank for keeping their money.

“A stronger collective policy response is needed to strengthen demand.”

UK growth is now forecast at 2.1%, down from the 2.4% it said it was expecting in its November report.

A major factor behind the global slowdown in the pace of growth is China, where growth rates have fallen from well above 7% to under 6% now.

The OECD was not expecting further pain from China, It left its forecast for Chinese growth at 6.5% for this year.

India, which imports a lot of its energy and is thriving on the recent low oil price, saw its forecast for growth revised up from 7.3% to 7.4%.