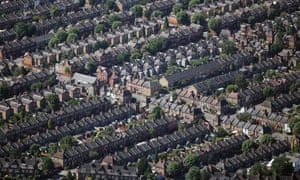 Theresa May’s government will use its flagship housing strategy to make it easier for older people to move into smaller homes, which could free up larger properties for families.

A policy to incentivise more good-quality, new-build sheltered accommodation will be included in a white paper, which also aims to break the dominance of a limited number of large housebuilders.

Councils, housing associations and smaller developers will be encouraged to build more as the government sets out how it plans to meet a target of 1m new homes by 2020.

The Guardian understands the government will also set out measures to boost transparency on the identity of landowners after warnings from campaigners about the impact of an opaque and secretive market.

Gavin Barwell, the housing minister, admitted that the white paper would include something on incentives for older people to sell big family homes.

“First of all, we’ve got a lot of demographic change in the country and an increasing elderly population, so it’s not just about how many houses you build, but are you building the right kind of houses,” he told ITV’s Robert Peston.

He agreed that this would mean more sheltered housing schemes. “If we can make it easier for elderly people to move into that kind of accommodation, it releases family homes that we’re desperate [for],” he said.

A spokesman for the Department for Communities and Local Government insisted it was not about pushing anyone out of their home, but providing more options.

“The white paper will explore ways to stimulate the market to deliver new homes for older people and disabled people. We want to make sure older people have a good choice of accommodation to help them to live independently for longer, and help reduce costs to social care and health systems,” he said.

Barwell said there would be no change to a 2015 manifesto promise on protecting the British countryside. “The green belt is 13% of the land. We can solve this crisis without having to take huge tracts out of the green belt,” he said, in a position agreed despite some division in government.

However, he said councils were free to build on the green belt in some cases, with estimates suggesting the number of developments will rise significantly. “They can take land out of the green belt in exceptional circumstances but they should have looked at every other alternative first,” he said.

Some Conservative MPs and activists, including former cabinet minister Andrew Mitchell, have criticised that position. Mitchell fears the government will backtrack over assurances that the green belt is “sacrosanct”.

Writing in the Mail on Sunday, Mitchell said green belt land in his Sutton Coldfield constituency was threatened by a plan to build 6,000 homes. He conceded there was an urgent need for action, with home ownership at a 30-year low.

“But my concern is this: that by giving councils and builders more scope to argue that ‘exceptional circumstances’ can be invoked and the green belt destroyed, we are opening the way to vandalism across Britain. It is unforgivable,” he wrote.

Toby Lloyd, the head of housing development at the charity Shelter, said it was good to offer more sheltered accommodation, but he warned against high-spec flats for the elderly pushing out development of much-needed affordable properties.

“There is a need to encourage older people to downsize earlier and better and there are things you can do about that,” he said. “But if it comes at the expense of affordable housing then you are robbing badly housed and struggling Peter to pay well-housed and affluent Paul.”

He said there was an urgent need for the white paper not to tweak the system but instead make dramatic changes. He said the idea that the answer was to shift to light restrictions or make extensions easier was “laughable”.

Lloyd argued that the government had to take on the vested interests of landowners. “Nobody knows exactly who owns the land because it’s so murky. There is no hard evidence because it is a secret market.” He argued that repeated trading of land was pushing up the price long before it even reached the planning system. “We need to reverse that process – the price of the land determines the quality of the scheme – it should be the other way around,” he said.

The shadow housing minister, John Healey, said there was a huge gap between the Conservatives’ rhetoric and their record. “After seven years of failure, the country has a housing crisis of the Conservatives’ making. We’ve had 1,000 announcements from the government on housing since 2010 but the lowest level of affordable housebuilding in 24 years,” he said. “A promise to be the ‘party of homeowners’, but 200,000 fewer households who own their own home; an apparent concern about homelessness, but rough sleeping has more than doubled; a pledge to build more homes, but housebuilding fell to the lowest level since the 1920s.”

Healey said the proposals about renting fell short. “Ministers even voted down Labour’s efforts to ensure that private rented homes were simply fit for human habitation,” he said.