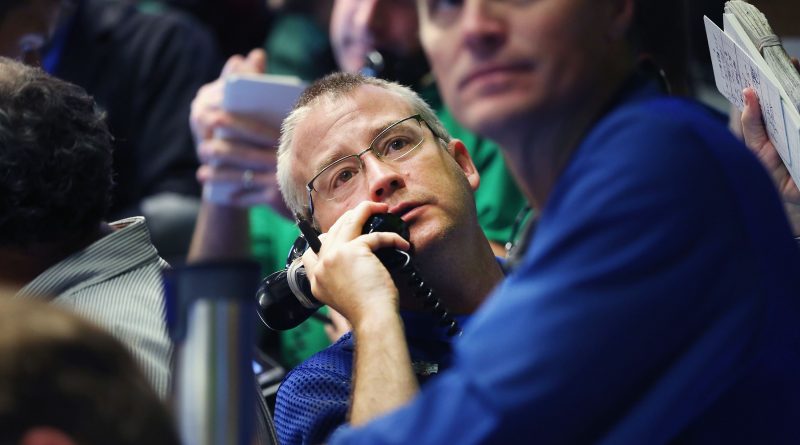 For investors cheering stocks at record highs, a century-old classic theory is saying the market is still not out of the woods yet.

The so-called Dow Theory, developed in the 1900s by Charles Dow and still religiously used by many Wall Street players, argues a true bullish breakout is confirmed when the Dow Jones Industrial Average and the Dow Jones Transportation Average reach new highs simultaneously.

Right now, the Dow Jones Industrial Average keeps inching to new highs (including Tuesday) after hitting a milestone of 27,000 last week. But the transport gauge is still almost 7% below its all-time high hit in September. In other words, the Dow Theory has not confirmed the current rally. 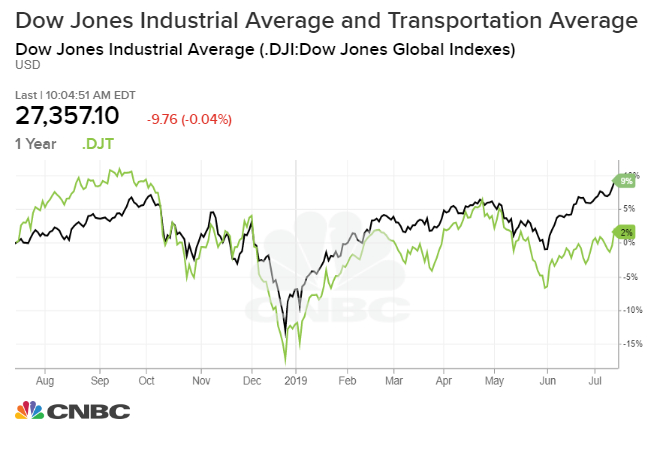 “To be bullish, Dow Theory needs new high for DJTA,” Ed Yardeni, chief investment strategist of Yardeni Research, said in a note Tuesday. “The record-setting strength of the DJIA has yet to be confirmed by the DJTA, according to proponents of Dow Theory, who would be more bullish if the DJTA also crossed into record territory.”

Investors believe the transportation stocks are a barometer of global economic activity and any rally without their support cannot be a long-lasting one. The global economy is slowing right now because of the U.S.-China trade war.

The group is having a big day Tuesday, boosted by trucking and transportation company J.B. Hunt which surged 5.5% on better-than-expected earnings. Canadian Pacific also rose 4% on strong second-quarter numbers.

The Dow Jones Transportation Average is up 18% this year and on pace for its seventh straight weekly gain for the first time since 2016 , but it would need to top its 2018 all-time high for adherents of the Dow Theory to celebrate.

Stocks resumed their comeback this year after the Federal Reserve signaled an easier policy to support the economy amid a global slowdown. The Dow is up more than 17% while the S&P 500 has risen over 20% so far this year. Traders are pricing in a 100% chance of a Fed rate cut later this month, which would help extend the record-long bull run.

The underperformance in the transportation group mainly came from the weakness in the air freight and logistics sector, which is still more than 20% below its peak in January 2018, Yardeni pointed out.

One big transport could help or hurt the cause later Tuesday. CSX is scheduled to report after the bell.