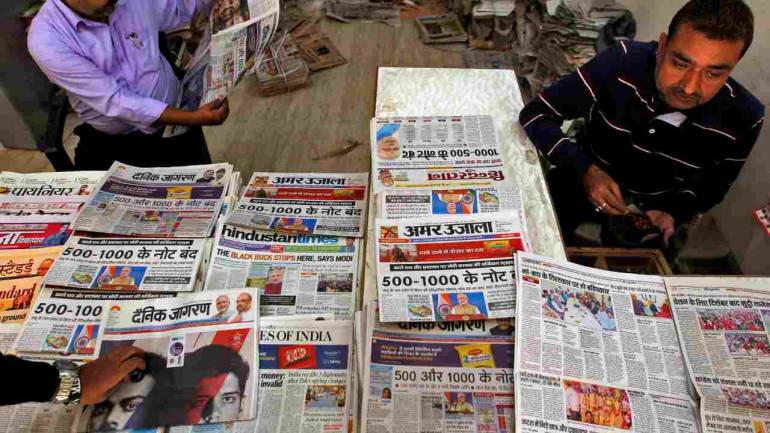 For print media companies, FY18 was an aberration and FY19 too has been a difficult year so far. Earnings have been downgraded and stock prices have seen a sharp correction.

However, the print media segment’s bad patch seems to be nearing its end due to: 1) The Bureau of Outreach and Communication (earlier known as the Directorate of Advertising and Visual Publicity; DAVP) recently announced a 25 percent increase in card rates on government advertisements; and 2) Softening newsprint prices. Also, the upcoming general elections in April-May is expected to give the much needed impetus to advertising (ad) revenues.

We analysed the Q3 earnings of two leading print media companies – Jagran Prakashan and DB Corp. The former is known for its flagship daily Dainik Jagran and also owns 71 percent in the listed entity Music Broadcast, which runs popular radio channels under the brand name Radio City. DB Corp’s flagship publication is Dainik Bhaskar and operates a radio business under the brand name My FM.

The Q3 performance of both these companies was lacklustre as net profit declined on a year-on-year (YoY) basis. While DB Corp reported strong ad revenue growth, operating margins of both players continued to decline on higher newsprint cost.

However, management’s guidance and commentary indicated that a revival is on the cards.

The company reported a weak Q3 on muted revenue growth and sharp decline in earnings before interest, tax, depreciation and amortisation (EBITDA) margin. Consolidated revenue grew a modest 3 percent on the back of a 2 percent growth in print ad revenue while circulation revenue declined 2 percent. Print ad revenue was aided by Nai Dunia (published in Madhya Pradesh and Chhattisgarh), which saw healthy growth on back of state elections. Circulation revenue in the quarter under review declined as the company reduced the number of copies to counter higher newsprint costs.

DB Corp’s consolidated revenue increased by a health 11.3 percent in Q3 as print ad revenue grew 11.5 percent YoY, a double-digit growth after nine quarters. This was partially offset by fall in circulation revenue by 1.4 percent. As Rajasthan, Madhya Pradesh and Chhattisgarh contribute around 60 percent to its ad revenues, the company clearly benefited from the elections in these states.

Revenue for the radio business grew 39 percent and while that for the digital business declined 8 percent YoY.

The management of DB Corp said that international newsprint prices have come off sharply to $550-560 per tonne from a peak of $750-780 per tonne. The company expects prices to fall further due to capacity addition in Russia and China. However, the benefit of lower prices would accrue with a lag of a couple of quarters owing to high cost inventory and locked-in contracts for imported newsprint. The latter accounts for around 30 percent of its newsprint consumption.

Jagran Prakashan’s management said that newsprint costs for Q3 stood at Rs 47-48 per kg. The management expects around 15 percent cost correction from these levels. The benefits of lower newsprint costs will be fully seen from Q1 FY20 onwards. It guided at an 400-500 bps expansion in EBITDA margin in FY20.

Both companies guided at better ad revenue growth in FY20 due to the election season as well as the government ad rate hike, though Jagran Prakashan’s management guided at a rather modest FY20 print ad growth of 7-8 percent.

Valuations of both these companies are at historic lows. As such, the current valuation reflects most of the concerns facing the industry. While competition from the digital world is real, it is much less pronounced for Hindi and regional newspapers.