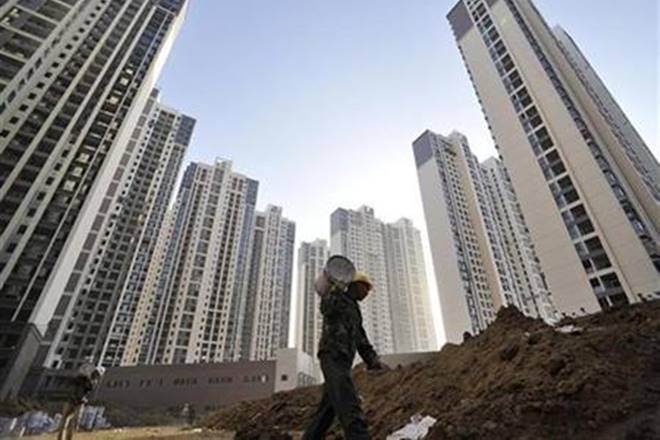 With nearly 10 lakh homes unsold across India’s top seven cities, builders today are sitting on a staggering Rs 6 lakh crore worth of inventory. That’s not so surprising, given how asset prices have remained more or less stable while incomes haven’t grown.

Experts at Liases Foras put the average cost of an apartment at Rs 60 lakh, but in cities such as Mumbai, Delhi or even Bengaluru, it is well above this. In fact, a recent survey by the Reserve Bank of India noted how the ability to purchase a home or affordability had worsened over the past four years. Mumbai remains the least affordable city, the survey said.

An imperfect situation has arisen in India’s real estate market where sales are not growing but supply remains high.
Liases Foras MD Pankaj Kapoor said capital values have grown disproportionately in the last few years, which has made real estate more unaffordable. While prices have not risen in the last four years, affordability has not improved,” he said.

Indeed, even purchases of luxury apartments in Mumbai are slow and unless they pick up pace, it could take a quarter of a century for the inventory to get cleared. A check done by FE shows just about 200 upmarket were bought in the last three years, leaving close to 2,100 apartments unsold. At an average price of Rs 20 crore for an apartment that’s some Rs 40,000 crore of money stuck. Mumbai accounts for close to 60% of the inventory but real estate experts say demand is dull even in Bengauluru, New Delhi and Chennai.

In Mumbai, most of these properties are concentrated in the southern and central parts of the city — Prabhadevi, Parel, Mahalaxmi and Lower Parel. With apartments typically between 4,000 sq ft and 7,000 sq ft large and costing Rs 25,000-Rs 30,000 per sq ft, there are not too many takers. For ready-to-move in-projects, the cost is, understandably, somewhat steeper and in the range of Rs 65,000-Rs 80,000 per sq ft. Though builders have cut down the size of the apartments, there are few buyers.

The premium real estate market tends to move in fits and starts, say experts. However, investors seems to have moved out of this space which is one reason for the slow offtake. ANAROCK Property Consultants chairman Anuj Puri said the demand even in luxury segment is now end-user driven, a shift from the situation three years ago, when it was driven by investors.

In the six months of January-June 2019, the top seven cities saw a total new supply of nearly 1,39,500 units across all segments. Of this total, nearly 8,120 units were launched in the luxury segment priced in the range of Rs 2 crore-Rs 5 crore forming 6% of the total supply, nearly 900 units in the price bracket of Rs 5 crore-Rs 10 crore formed 1% share of total supply, and nearly 320 units in the ultra-luxury segment priced above Rs 10 crore.