Skip to content
FINANCES
June 10, 2015 Joy Mitra 0 Comments around senators’ expenses, pay back the money, senators named in the report. 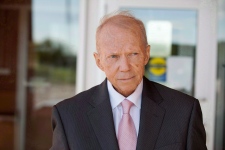 Canada’s auditor general says some senators ate and travelled on the taxpayer dime for funerals, anniversary celebrations and board meetings that had nothing to do with their job.

That’s the findings from a long-awaited report into Senate finances.

Michael Ferguson said he was struck by the overall lack of accountability around senators’ expenses.

“Senators did not always consider the requirement to ensure expenses funded by taxpayer dollars were justified, reasonable and appropriate,” said Ferguson.

Zimmer’s $176,000 in questionable claims is the most among the senators named in the report.

The auditor said Zimmer and his wife spent $2,000 alone on taxis in Ottawa.

Zimmer and Carstairs are two of nine Senators who will see their claims forwarded to the RCMP.

In many cases, the auditor said the senators racked up expenses by improperly stating their homes in Winnipeg as their primary residence, not Ottawa, where they spent most of their time.

But many senators said there were no rules against how much time you spent at either location and that their travels in question included both work and personal business allowed by existing Senate protocols.

Senators can either appeal their expenses to an arbitrator or pay back the money.