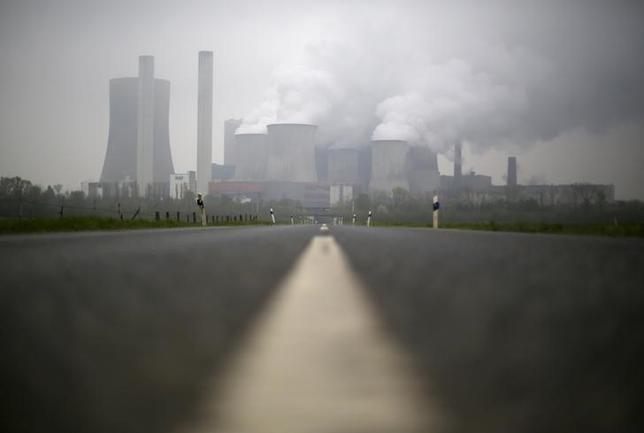 A road leads to the coal power plant of German utility RWE Power near the western town of Niederaussem April 22, 2015.
REUTERS/INA FASSBENDER

German utility RWE (RWEG.DE) said it would pay no 2015 dividend on common stock as a 2.1 billion euro ($2.34 billion) impairment on its German and British power stations and an additional writedown led to a full-year net loss.

The net loss for the year came to about 200 million euros, RWE said on Wednesday.

Analysts had expected a 2015 net profit of 1.16 billion euros and a dividend of 0.61 euros, according to Thomson Reuters data.

For preferred shares, RWE said it would pay a dividend of 0.13 euros per share.