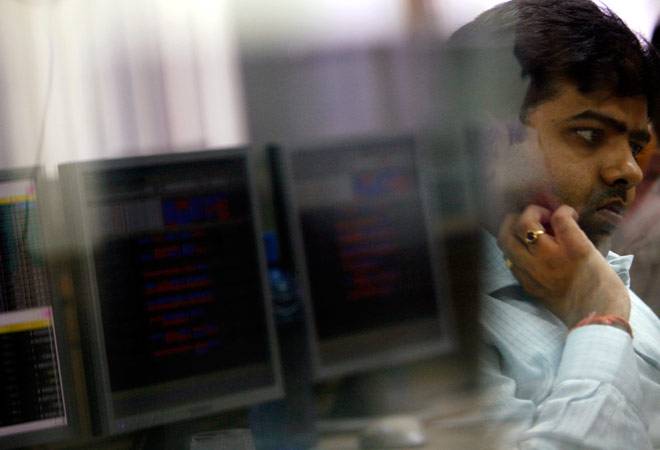 Market breadth remained negative with 22 of the 30 Sensex components ending the day in red. Photo: Reuters

The S&P BSE Sensex pared some of initial losses to end the day 110 points lower in trade on Monday, while broader CNX Nifty managed to settle above its key 7,550-mark.

The headline indices fell to 1-1/2-year lows on the back of continued worries about Chinese equities, but the market pared losses in the afternoon session as European shares gained and as some investors saw domestic losses as overdone.

Market breadth remained negative with 22 of the 30 Sensex components ending the day in red.

Mahindra & Mahindra was the worst performer on Sensex and slipped 3.4 per cent.Nifty has fallen 4.5 per cent so far this year, as turbulent markets in China have raised doubts about Beijing’s ability to manage the world’s second-biggest economy.

Instead investors are soon expected to shift focus to earnings, with Tata Consultancy Services due to kick off earnings on Tuesday.

Among Asian markets, China’s Shanghai Composite was trading over 2 per cent down, while Hong Kong’s Hang Seng index shed 2.45 per cent. Japan’s Nikkei was ruling with a downtick of 0.39 per cent.

On Friday, US markets closed about 1 per cent lower, ending the year’s first trading week with sharp losses as concerns about China and global economic slowdown persisted.

A lowdown on markets