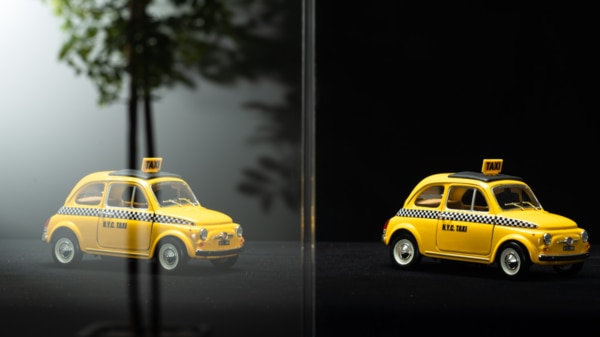 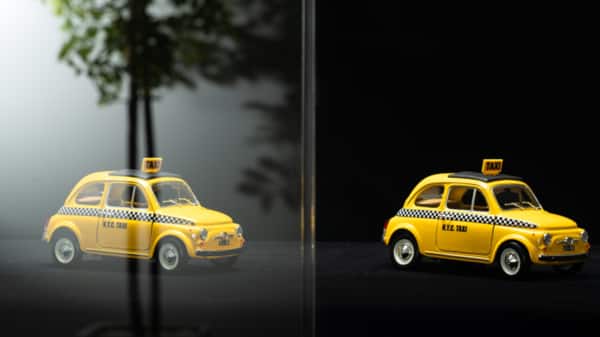 It took millions of years for moths to evolve this survival feature: Eyes riddled with microscopic ridges that help them navigate the dark and evade predators. In less than a year, a technology inspired by the same nature’s miracle proffered a lifeline to one struggling Japanese smartphone supplier.

Geomatec Co., which manufactures thin films used in phone and tablet touchscreens, is going through tough times. Over the past few years, sales to its biggest customers Japan Display Inc. and Sharp Corp. have halved as domestic panel makers ceded market share to Asian rivals. Then there’s the one-two punch of a slump in global smartphone demand and the industry’s shift away from liquid crystal displays to next-generation screens, Chief Executive Officer Kentaro Matsuzaki said in an interview.

“We can no longer count on being a cog in a vast LCD-making machine,” Matsuzaki said at his office overlooking picturesque Yokohama Bay. “All of our marketing, sales and technological development going forward has to reconcile with that reality.”

One promising product is the moth-inspired film that all but eliminates reflective glare, repels water and can be cleaned repeatedly without losing those properties. Moths owe their night-vision to conical protrusions studding the surface of their compound eyes. They measure about 200 nanometers, or less than the wavelength of visible light. That’s important because light bends as it passes from air into a medium of different density, like glass, with some bouncing off the surface. Those pillars cut reflection by making that transition more gradual. They also repel liquids by making drops rounder, which reduces their contact with the surface and helps them roll off.

Geomatec’s shares have gone on a bit of a roller-coaster ride. In August, the company said it was moving to mass production of its so-called “g.moth” film after solving technical challenges. Investors took notice, driving up the family-owned company’s shares as much as 19% the following day. Then came a prolonged selloff as fears of a smartphone industry slump coalesced. In June, the stock jumped 14% when an obscure chemicals industry paper outlined the company’s plans for the product.

Geomatec already supplies its g.moth film for use in signage, car navigation screens and outdoor TV cameras. Now it’s also targeting applications spanning interior design and even museum exhibits. The business will begin contributing to the bottom line from the second half of the year ending March 2020, the CEO said without elaborating.

Geomatec, founded by Matsuzaki’s grandfather in 1953, began making transparent conductive films for Japan’s budding LCD industry in the 1970s. When he took over from his father in 2010, smartphone demand was still driving sales growth. Revenue peaked at 11.2 billion yen ($103 million) in the year ended March 2015, but have plummeted 40% in the four years since.

The company is also developing a material for use in production of organic light-emitting diode screens, the future standard for everything from iPhones to big-screen TVs. OLED displays are made by depositing materials on a polymer sheet before the whole thing is peeled off with the help of lasers. Geomatec’s lift-off film could help boost yield and make the backpane reusable longer, Matsuzaki argues. The company shipped samples to clients but expects the product to become commercially available only after 2020.

In addition to finding hit new products, the 42-year-old executive is grappling with how to re-tool his company’s production for life after the smartphone boom.

Geomatec’s production lines have long been optimized for orders measuring in millions of smartphone units. New order lots however from myriad industries from automotive to surveillance come in at just a hundredth that size. What’s more, the products themselves take varying shapes from spherical camera domes to curved instrument panels in car dashboards.

“For component makers, the smartphone was a monster product,” Matsuzaki said. “The shift away from mass production also means a change in our business model, from being a contractor to more aggressively pursuing orders.”