COMPANIES
March 18, 2019 Loknath Das About, COMPANIES, Drones, Illustrating, know, may, not, Three, What, You 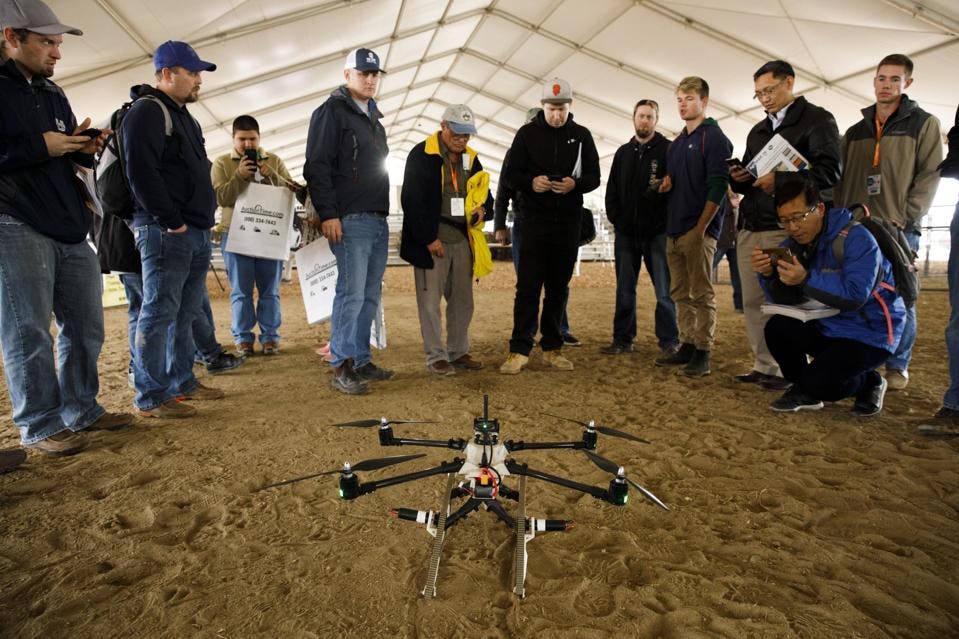 Five years ago, the pundits predicted that by now we would be seeing tens of thousands of drones buzzing over our heads delivering everything from pizzas and burritos to the latest “must-have” item from Amazon. So what happened? Where are they? In a nutshell, they are here, but the general public doesn’t see them—at least not daily—and they aren’t necessarily delivering what was predicted.

The fact is that commercial drones fly in remote areas or over private property every day by the thousands. They’re performing work on farms, powerlines, construction sites, cell towers, and oil pads, especially in the U.S. where there are more than 118,000 FAA-certified remote pilots. Compare that to the U.K., where there are just under 5,000.

Delivering pizzas and burritos will likely be a very small part of what drones will be doing in the future. According to the largest benchmark study on commercial drones, the bulk of all current industrial use outside of film, photo and video falls into two categories: surveying and mapping land areas and inspecting and monitoring physical structures. And it’s these two uses that will continue to drive the growth of drones for industrial use for many years to come.

Three companies represent this growth and are worth getting to know: PrecisionHawk, DroneDeploy and SkySkopes. In many ways, they are emblematic of the current state of the growing commercial drone industry and provide insight into its future.

Founded in 2010 and headquartered in Raleigh, N.C., PrecisionHawk was one of the first vendors to offer a full end-to-end enterprise drone solution stack. That stack included a drone aircraft with advanced sensors, software, analytics and contracted services for inspecting things like oil well pads and utility lines and more. (“Advanced sensors” refers to specialized cameras on the drone that detects things like crop growth patterns.) With over $107 million in investment and more than 180 employees, PrecisionHawk has some large customers, including ExxonMobil, John Deere, Monsanto and Verizon. They offer services in more than 150 countries and have a network of 15,000 pilots.

Two things illustrate how PrecisionHawk leads the industry. First, are their regulatory experience and FAA partnership. Second is their focus on operating drones beyond the pilot’s ability to see them, or “beyond visual line of sight” (BVLOS). PrecisionHawk was one of a few companies to partner with the FAA on its Pathfinder Program, and the company’s work is informing current FAA regulations and BVLOS policy. PrecisionHawk also understands that as the commercial drone industry evolves, widespread BVLOS drone inspection has the potential to significantly change business models for many industries. With their programs and papers like The Economics of Using Drones for BVLOS Inspections, they educate businesses and help them evaluate when it’s best to use traditional ground and manned aviation, line-of-sight drones, or BVLOS drone inspection approaches. PrecisionHawk is unique in evaluating the costs and benefits of BVLOS operations compared with traditional operations, which allows businesses to plan an aerial intelligence strategy that delivers the most value for the money.d

San Francisco-based DroneDeploy provides software that controls drone flight plans and workflows as well as processes the images they collect. They have more than 4,000 global customers mapping and assessing everything from construction progress, to disaster recovery, to agricultural crop vigor.  Founded in 2013, the company partnered with leading drone manufacturers to provide its software to operators in a variety of industries, including agriculture, real estate, mining, construction and many other commercial and consumer arenas. Having raised $56M in funding, DroneDeploy started by selling software directly to pilots and later added selling through the channel that supplies mid-size companies and then added direct sales to enterprises and resellers.

By every measure, DroneDeploy has the most popular non-OEM mapping flight application on the market. They boast that their software processes over 100 million images per year and measures more than 10 million distances a year (for instance, between objects). But they are not resting on their laurels. Drone use by surveyors and mappers is rapidly becoming more sophisticated, and as that’s happened, DroneDeploy has been pushing boundaries more than any vendor. Their app market is the largest set of industry-specific integrated applications available.

Part of what has made DroneDeploy (and the drone industry itself) so successful has been the consumerization of drone technology. What others missed but DroneDeploy didn’t was the foresight to see that the prosumer drone category would be the only place where sales volumes and margins would be strong enough for aircraft manufacturers to recoup R&D investment. That’s why, early on, they pivoted from open source-based aircraft to DJI drones since DJI is and has been for four years the dominant player in the space. Last year, DJI’s market share for drone aircraft was 74%. As a result, all the major mission planning and mapping applications like DroneDeploy and dozens more now integrate with or run on DJI’s products. Most of them started off with applications dedicated to their own drone but soon found that most professionals want to use the simpler and more reliable DJI prosumer drones. DroneDeploy made that bet early, and it has paid off.

Whereas PrecisionHawk offers a full drone stack and DroneDeploy offers software, this last company doesn’t manufacture anything. They provide drone services. And in a field of more than 30,000 service companies, very few stand out as full-time ventures—let alone as profitable and growing—but SkySkopes does. They succeeded because they specialized. Based in Grand Forks, N.D., SkySkopes started in 2014 and has grown from a small startup with four part-time employees to over 18 full-time employees and four offices across the upper Midwest. Over the years, SkySkopes has refined its focus to strictly providing aerial services for the energy industry and now has operations in California, Texas, Minnesota, Florida, and Europe.

What makes SkySkopes successful is they are not afraid to push the limits of drone technology. Their specialization in acquiring aerial data with advanced aircraft has landed them projects with CenterPoint Energy, Duke Energy, Xcel Energy and a host of others. SkySkopes and NASA have also teamed up over the past few years to demonstrate and test BVLOS use cases for the UTM project to integrate civilian low-altitude airspace and unmanned aircraft system operation. All this landed CEO Matt Dunlevy a seat on the advisory board of the Energy Drone & Robotics Coalition, the only event exclusively focused on the business and technology of aerial, ground/surface and subsea robotics in energy operations.

Together these three companies encapsulate the present state of the growing industrial use of drones. Clearly, that’s not what the media prefers to focus on since it’s not sexy drone pizza delivery. But it’s important work with great business benefits to specific industries.