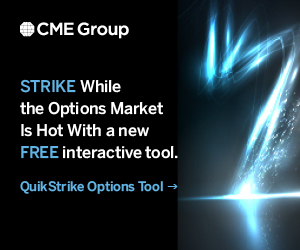 FAIRFIELD, Ala.–At this World War I-era mill near Birmingham, the construction of a new furnace signals a major shift for American steelmaking, as the country’s two remaining major steel producers face mounting pressure from a flood of low-price imports.

U.S. Steel Corp.’s first electric arc furnace in recent memory is a step toward replacing the iconic steelmaker’s stable of iron-ore-reliant blast furnaces with a more flexible scrap-based process that allows for stopping and starting production when there isn’t enough demand to keep churning out steel.

Just over an hour’s drive away, in Decatur, Nucor Corp., the other big American steelmaker, has been turning old cars and refrigerators into fresh batches of steel for more than a decade, with two electric arc furnaces and a flexible, nonunion workforce. Those methods helped Charlotte-based Nucor overtake U.S. Steel last year to become America’s biggest steelmaker by production capacity.

The two companies are the only U.S.-based steelmakers left in the top 50 global steel producers, a list now dominated by Chinese companies.

The American steel industry is being reshaped by a global steel glut fueled by China’s surging production, which has pushed steel prices down 23% since Jan. 1. U.S. steel companies, including U.S. Steel and Nucor, this month asked the government for protective import tariffs on steel from China and four other countries. The oil-price collapse has further damped steel demand in recent months, especially in the U.S., as producers have pulled back on tube and pipe orders.

What happens at the two mills near Birmingham, once dubbed the “Pittsburgh of the South,” will be closely watched by other steel producers, and by the United Steelworkers union.

Pittsburgh-based U.S. Steel has kept the smokestacks in this blue-collar suburb of Birmingham humming since 1917, churning out metal used to build everything from battleships and bridges, to pipelines and construction beams. Now its 2,100 workers are anxiously following the talks between the United Steelworkers and U.S. Steel that kick off June 17. The biggest issues are health care and pensions.

While Nucor’s flexible approach troubles labor leaders, it is admired by executives, including U.S. Steel CEO Mario Longhi. Mr. Longhi, who took the job almost two years ago, said “everything is on the table” in trying to save the beleaguered 114-year-old company–from laying off workers to changing the way it makes steel.

In building the new Birmingham furnace, “we want to be more flexible than Nucor,” Mr. Longhi said in an interview.

The two companies in their current incarnations couldn’t be more different. They make steel in different kinds of furnaces. U.S. Steel’s workers are unionized; Nucor’s steelmaking operations aren’t. U.S. Steel’s mills are mostly North of the Mason-Dixon Line; Nucor’s are in the South.

Nucor employees say their culture is epitomized by the tough-talking, fast-moving style of former CEO Dan DiMicco, who led the company between 2000 and 2012. U.S. Steel’s culture “has, until Longhi, always been slower to move,” said a former U.S. Steel executive.

The differences are especially stark now. U.S. Steel has around 2,500 workers currently laid off. Nucor has an unofficial nonlayoff policy. U.S. Steel has lost money in five of the last six years, while Nucor has been consistently profitable.

U.S. Steel is upending its furnaces, its business model and the lives of its workers as it and rival ArcelorMittal, Luxembourg-based but with U.S. union-represented mills, head into a crucial round of bargaining this summer with around 30,000 American steelworkers.

The company has over $2 billion in pension liabilities, and tens of thousands of workers making between $50,000 and $150,000 a year in blue-collar jobs. Workers are upset at Mr. Longhi for accepting a raise that increased his annual salary to $13.2 million, even as he was laying off thousands of workers.

The stakes are big. A failure could jeopardize a way of life for dozens of American communities, increase steel prices and leave Nucor as the unrivaled leader in American steel. It will also be the first contract bargained during a down market since the early 2000s, and the company is expected to ask for big concessions. “Longhi is very focused on the bottom line, and that could mean fewer workers,” said Jon Grunsky, president of the union at the U.S. Steel local in Clairton, Pa.

Mr. Grunsky and other union leaders regularly cite Nucor as the model they believe Mr. Longhi wants to impose on them.

Nucor, which took its current form in 1972, has always managed to keep unions out of its mills. The Nucor plant in Alabama produces roughly the same amount of steel as U.S. Steel, 2.4 million tons, but employs about one-third as many workers. Managers and workers emphasize their unique brand of steelmaking. Nucor employees call each other “teammates” and talk up their competitiveness.

The incentive-based salary structure means worker salary can range from over $100,000 to less than half that. Workers get a scorecard assessing their performance each time that they make a batch of steel. “A high percentage of our teammates are athletes or military,” said plant manager Mike Lee. “We hire can-do innovative guys who want to bust their butts every day.” The Nucor mill even has a state-of-the-art gym.

At Nucor, workers typically keep coming to the mill even when a lack of orders means it is no longer producing steel. They clean or do research. Techniques developed during shutdown in 2009 helped Nucor become more productive when the mill started pumping out steel again, said Mr. Lee.

There aren’t many mills more old-school than U.S. Steel’s Alabama plant, one of the firm’s first massive construction projects.

The history of Birmingham is intertwined with iron and steel. A massive statue of Vulcan, the Roman god of fire and iron, overlooks the city. The region is one of the few places on the planet where coal, iron and limestone are found together. There were once two dozen blast furnaces here. Birmingham made iron for the South during the Civil War, and steel for America in the 20th-century world wars. During World War II, U.S. Steel employed over 40,000 people in Birmingham.

At the Fairfield mill, workers say they’re glad the company is making a big investment in the plant, but they say it will mean fewer jobs. Many have sons who also work in the mill. “Do I see my son being able to work here? I don’t know,” said union training coordinator Fred Gipson.

Workers say they’ve started construction of the new electric arc furnace, which has a $230 million price tag, but haven’t yet been fully trained in how to operate one. “We’re trying to find a facility with an EAF, but most of the EAF facilities are nonunion, so they’ll let company officials visit but not us,” said union local president David Clark. “We do know our scrapyard is going to be 20 times the size it is now.”

In the end, “I think Longhi is going to succeed,” said the union’s Mr. Gipson. “But a lot of us are going to suffer.”