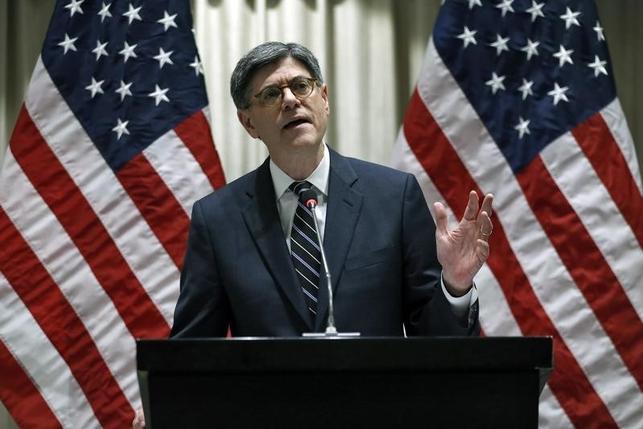 U.S. Treasury Secretary Jack Lew said on Sunday that it was critical for China to continue moving toward a more market-oriented exchange rate and clearly communicate its actions to the market.

Lew made the remarks during a meeting with Chinese Vice Premier Wang Yang in Beijing, following the G20 finance ministers’ summit in Shanghai.

“As the global economy faces many challenges, our open and frank communications are more important than ever, and we must continue to work together for the benefit of both of our nations,” Lew said.

“We welcome China’s efforts to transition to a more consumption-driven economy, including through fiscal policies that support household demand and actions that reduce excess industrial capacity. We also look forward to seeing continued reforms in the financial sector that also strengthen financial stability,” he added.

“It is also critical that China continue to move toward a more market-determined exchange rate and transparent exchange rate policy in an orderly manner and clearly communicate its actions to the market.”

The world’s top economies declared on Saturday after the meeting that they need to look beyond ultra-low interest rates and printing money to shake the global economy out of its torpor, while renewing their focus on structural reform to spark activity.