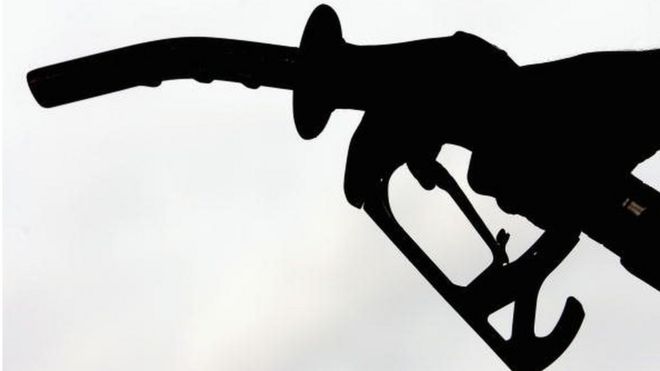 UK inflation edged up to a 12 month high in January, as a fall in petrol prices eased.

Inflation, as measured by the Consumer Prices Index, rose by 0.3%. It was helped by smaller falls in food and fuel prices than a year ago.

Annual inflation has been below the Bank of England’s 2% target for two years, and last year it was zero.

The BoE said earlier this month that it expected inflation to stay below 1% this year.

North Sea oil prices dropped to a 12 year low of $27.10 last month and have almost halved over the past 12 months.

But the Office for National Statistics measure of fuels and lubricants costs was only 7.3% lower than in January 2015, the smallest drop since November 2014.

Continuing low inflation makes the chance of an interest rate rise in the near future unlikely.

Few economists expect the BoE to raise rates before late this year at the earliest, and some analysts see a risk that the BoE could instead have cut to rates below the record low of 0.5% where they have been for almost seven years.

Financial markets do not currently expect interest rates to rise until the end of the decade due to concerns including a global economic slowdown and continuing low oil prices.

Food prices fell by 0.6% between December and January as opposed to a 1% fall a year earlier.

Supermarkets have been engaged in a long-running price war, and discounters such as Aldi and Lidl continue to take market share from the “big four” supermarkets – Tesco, Asda, Sainsbury’s and Morrisions.