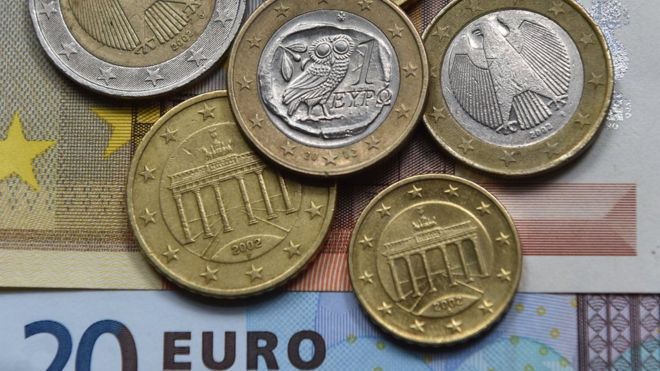 The UK’s manufacturing output eased back in the three months to August, according to the latest industrial trends survey from the CBI.

Manufacturing grew at a slower rate than in the three months to July.

But the sector was still expanding at a much much faster rate than in the spring, when there was hardly any growth at all.

The CBI’s survey of 505 firms found that export orders had been boosted by this year’s devaluation of the pound.

Anna Leach, the CBI’s head of economic analysis and surveys, said: “It’s good to see manufacturing output growth coming in stronger than expected, and some signs that the fall in sterling is helping to bolster export orders.

“But the pound’s weakness is a double-edged sword, as it benefits exporters but also pushes up costs and prices,” she added.

Meanwhile, a separate survey suggests that the eurozone economy is still expanding, despite the supposed shock of the UK’s recent Brexit vote.

The Purchasing Managers’ Index (PMI), compiled each month by the financial information service Markit, says eurozone activity in August was at its highest for seven months.

The index measures the spending intentions of companies in Europe and is widely seen as a good indicator of business activity.

Markit’s chief economist, Chris Williamson, said the eurozone economy “remains on a steady growth path in the third quarter, with no signs of the recovery being derailed by Brexit uncertainty”.

He said this pointed to the economy of the eurozone expanding by 0.3% in the third quarter of this year.

That would chime with a recent forecast by the International Monetary Fund (IMF) that the eurozone economy will grow by about 1.6% this year.