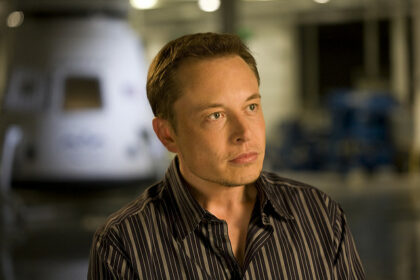 In an interview with CNBC on Friday, November 4, famed Silicon Valley entrepreneur Elon Musk — founder and CEO of Tesla Motors, SpaceX, and SolarCity — stated that a universal basic income will likely become necessary due to automation.

Musk says, “There’s a pretty good chance we’ll end up with a universal basic income, or something like that, due to automation. I’m not sure what else one would do. I think that is what would happen.”

In recent years, UBI has received a surge of attention from Silicon Valley’s tech industries, where it is often viewed favorably as a way to soften the blow of technological unemployment and to facilitate entrepreneurship. Most famously, perhaps, Y Combinator–the start-up incubator headed by UBI-proponent Sam Altman–is preparing a pilot study in Oakland that will lay the groundwork for a larger scale trial of a basic income. O’Reilly Media CEOTim O’Reilly and (particularly notable in this context) Tesla Motors software engineer Gerald Huff are among the other members of Silicon Valley’s tech elite who have written in support of UBI.

However, Musk has remained silent about the issue prior to Friday’s interview with CNBC.

Musk has been an outspoken champion of other political causes, particularly the introduction of a carbon tax to combat climate change (a policy that itself enjoys popularity among many UBI supporters who see the tax as a way to fund a social dividend).