Skip to content
COMPANIES
June 12, 2015 Joy Mitra credit rating implications should result, is cash rich and making money, promoters of Cairn and 9.1 per cent by LIC 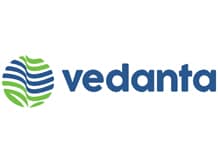 The likely merger between group companies Vedanta (erstwhile Sesa Sterlite) and Cairn India, expected to be announced on Sunday, June 14th, will test the power of minority shareholders more than any other case so far.
New powers bestowed on the minority shareholders will be put on test during this merger. But first let’s look at the two companies under consideration.
London based Vedanta has a majority stake in Vedanta Resources which in turn holds a controlling stake in Cairn India. Reports say that the boards of Cairn India and Vedanta Ltd are likely to meet on Sunday to consider merger of the oil company with the metal producers.
Though the management of the company says there is synergy between the companies as they both deal in natural resources, there is clearly none. None of the oil companies globally are into mining nor are mining giants drilling oil. The only reason Vedanta is interested in Cairn is because it is cash rich and making money.
Commenting on the likely merger, a Barclays note says that the merger gives the group unencumbered access to excess cash and continuing free cash flow generated by Cairn, which remains after Hindustan Zinc Ltd (HZL), the second largest free cash flow (FCF) generator in the group (26 per cent of total). Positive credit rating implications should result in lower interest costs over time.
Edelweiss’ report points out that Vedanta Ltd has a net debt of Rs 75,800 crore while Cairn has cash on its books of Rs 16,000 crore, while HZL has cash of Rs 27,200 crore. Vedanta needs the cash to improve its ratings as pointed out by Barclays.
But laying its hands on the cash will not be easy. In the case of HZL, since government is a shareholder with 29.5 per cent stake, it is unlikely to oblige. In the case of Cairn, the minority stake holders stand at 40.1 per cent which includes 9.8 per cent held by Cairn Plc, the original promoters of Cairn and 9.1 per cent by LIC.
As per the new guidelines, the merger will require the approval of a majority of the minority shareholders. As pointed out by Amit Tandon, MD of IIAS, a proxy advisory firm,  there are enough safeguards in terms of SEBI guidelines. Along with the court approval, shareholders’ approval – more than 50 per cent of minority shareholders will be needed. The company will need to have a postal ballot which means people would not have to show up at the registered office of the companies to be able to vote. This would mean more shareholders might exercise their rights.
Tandon points out that there is the added complication that you have got a different set of shareholders for Cairn and a different set of shareholders for Vedanta.
Which way the shareholders will vote also depends on the swap ratio that the company will decide. Concern in the mind of Cairn shareholder, as pointed out by UBS will be that the merger could mean that the cash will not be available for growth or higher dividends. An unfavourable merger ratio can be a deal breaker.
Barclays points out that the fall in share price of Cairn would have been a trigger for announcement of the merger. Cairn shares have fallen by around 44 per cent since March 2014 while Vedanta Ltd shares are almost flat. That has taken the Cairn-Vedanta swap ratio to 1:1. Under current market conditions, therefore, Vedanta PLC’s interest in Vedanta Ltd would fall from 62.9 per cent to 50.7 per cent post a merger, thereby retaining control.
There is also the issue of tax authorities which will act as an impediment to the merger. Edelweiss has pointed out that Indian tax authorities could be a significant hurdle to the merger. They had sent a tax notice to erstwhile parent, Cairn Plc, for transfer of assets prior to its listing nearly a decade ago. Cairn also has been held liable for Rs 20,500 crore (Rs 10,200 crore towards TDS and remaining towards interest) for not deducting withholding tax.
For the Vedanta Group, merging its cash cow companies would be not as easy as it might seem.
[“source – business-standard.com”]