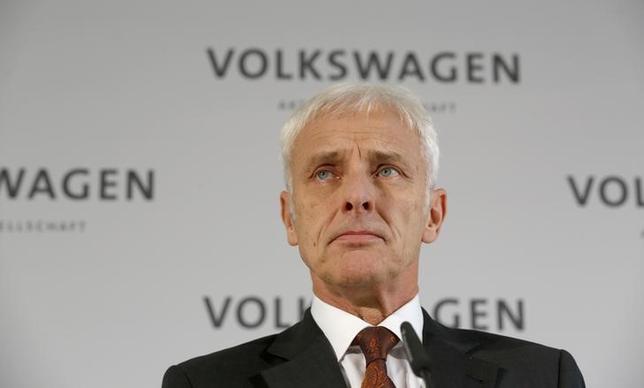 Volkswagen CEO Matthias Mueller makes a statement, following a meeting ahead of deadline to inform U.S. regulators on plans to comply with standards, at the VW factory in Wolfsburg, Germany November 20, 2015.
REUTERS/INA FASSBENDER

German automaker Volkswagen (VOWG_p.DE) may end up buying back some cars affected by the emissions scandal, its chief executive told CNBC in an interview.

“In some cases it’s very easy to repair the cars, in other cases it’s very expensive and in that case we have to negotiate whether it would be better to bring back some of the cars to Volkswagen,” Matthias Mueller told CNBC at the Detroit auto show on Monday.

“In theory it’s possible,” he said.

Some U.S. regulators and lawmakers have said VW may have to buy back older models. German daily Sueddeutsche Zeitung reported last week that VW assumed it would have to buy back about 115,000 cars in the United States.