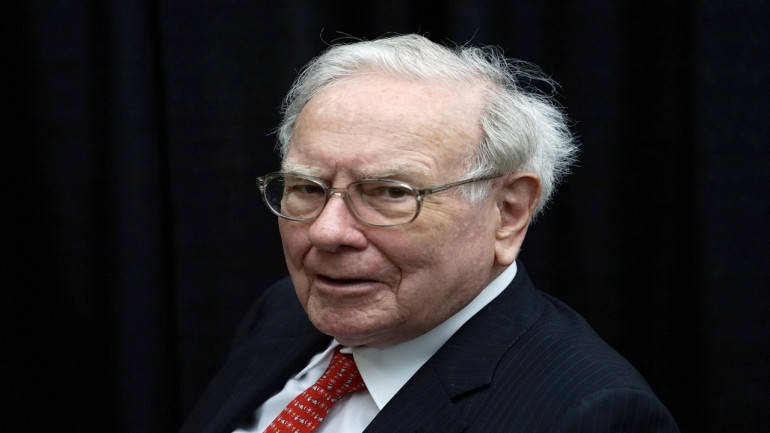 Berkshire Hathaway Inc. reported a $25 billion loss in the fourth quarter because of a big drop in the paper value of several of its stock investments, but the overall business seems to be performing well, Warren Buffett’s letter to shareholders said.

In the annual report to shareholders released over the weekend, Warren Buffett highlighted that he had struggled to find attractive acquisitions in the recent past. In the letter, Berkshire listed fifteen common stock investments that had the largest market value at year-end.

The report has excluded their Kraft Heinz holding of 325,442,152 shares because Berkshire is part of a control group and therefore must account for this investment on the “equity” method. Kraft Heinz holding had a market value of $14 billion and a cost basis of $9.8 billion at the end of December quarter. The total market value of Warren Buffett’s top 15 companies stands at $172.8 billion at the end of December quarter. But, Berkshire Hathaway’s shares have been underperforming the broader market of late because of a variety of reasons, however, that does not bother Buffett too much.

“Charlie and I do not view the $172.8 billion detailed above as a collection of ticker symbols — a financial dalliance to be terminated because of downgrades by ‘the Street’, expected Federal Reserve actions, possible political developments, forecasts by economists or whatever else might be the subject du jour,” as quoted in the newsletter.

“What we see in our holdings, rather, is an assembly of companies that we partly own and that, on a weighted basis, are earning about 20 percent on the net tangible equity capital required to run their businesses,” he added.

Buffett further asserted, these companies also earn their profits without employing excessive levels of debt. On occasion, a ridiculously-high purchase price for a given stock will cause a splendid business to become a poor investment—if not permanently, at least for a painfully long period, he added.

“In totality, returns of that order by large, established and understandable businesses are remarkable under any circumstances. They are truly mind-blowing when compared against the return that many investors have accepted on bonds over the last decade – 3 percent or less on 30-year US Treasury bonds, for example,” he quoted.