Skip to content
NEWS
June 16, 2015 Joy Mitra 0 Comments behind to take the lead against Slovenia, what they're doing and be young lads., world-class talent to replace them. 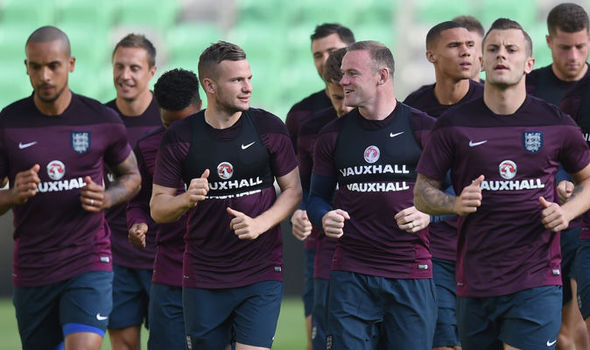 Stellar names such as David Beckham, Steven Gerrard, Frank Lampard and John Terry have all faded into international retirement and on paper England have struggled to produce the world-class talent to replace them.

But just as it was seen as the successive failures of Sven-Goren Erikssen and Fabio Capello to mould the big names into a highly-functioning unit, now at last Rooney feels the sum is greater than the parts.

That team spirit was best demonstrated on Sunday evening, when England came from behind to take the lead against Slovenia and even when pegged back a second time, had enough in the tank to muster a late winner.

In the end it was a powerful victory that completed an unbeaten season and meant England could qualify for France after the next round of games with three matches to spare.

“It’s probably the best dressing room since I’ve been in the international set-up,” said Rooney, thinking back to 2003. “The difference is there are so many young players together.

“When I came through I was on my own with a load of senior lads. They have all come through together which settles them down when we meet up and really they’re the ones who are taking over the dressing room.

“Everyone is loud. There’s no standout. Everyone really gets on, it’s great to see. There is a lot of rivalry at club level but as soon as we meet up with England everyone is together. It’s good to be a part of.

“Myself and Gary Cahill have to take a back seat and let them do what they’re doing and be young lads. It’s great to be a part of. We are still learning and hopefully we will get better.” 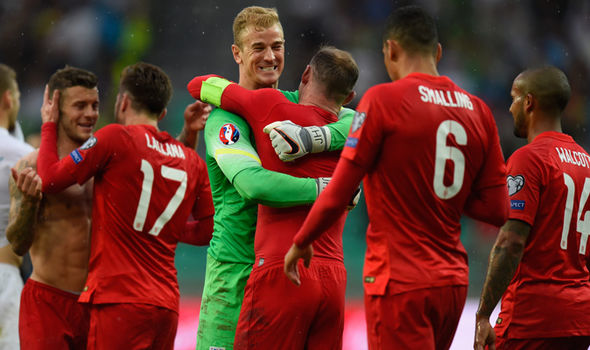 It is Rooney himself who gets the credit from manager Roy Hodgson for nurturing so much group harmony.

“Wayne has that wonderful ability to mix with every type of group,” Hodgson said. “He’s still young enough and enthusiastic to play PlayStation with them if necessary, then he can play the senior player with his 48 goals and he can also play on his experience as Manchester United captain.

“That said, I don’t like to put 100 per cent on one man. We have a senior group of players – Wayne, Jordan Henderson, Joe Hart, Gary Cahill – and I expect them all to give me help, but we are working hard for all the players to take responsibility.

“I tell them, ‘You know what your job is’. Smalling was very dominant at times, he was talking to the players and pushing them up.”

However, it is Rooney’s influence, even before he was formally given the armband following the retirement of Steven Gerrard after the World Cup, that was noticed by his peers.

“He’s a great captain,” said Sunday night’s two-goal-hero Jack Wilshere. “Even before, when I first came into the squad he was like a captain. He was a leader. He’s that type of personality.

“He leads by example. He’s scoring goals. He was there for us again. He missed a few chances against Slovenia, but that’s the sign of a top player. Because when it really matters and the team really needs you he was there. It wasn’t an easy finish but he sent the keeper the wrong way.”