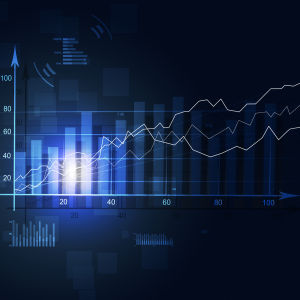 China recently announced another round of tariffs on $75 billion worth of American goods, including a 25 percent tariff on U.S. automobiles. The news comes as economists and investors fear an economic downturn due to an inverted yield curve, a historic predictor of an impending recession.

A 25 percent tariff on U.S. automobiles could be an especially severe blow if a recession is imminent because “Half of the companies listed in the Dow Jones Industrial Average depend on autos for revenue,” according to the Auto Alliance.

According to the recently released minutes from the Federal Reserve’s July Open Market Committee meeting, the Fed is refraining from raising interest rates to help boost the economy, citing economic concerns like tariffs.

“Low rates are helping the millions of Americans who can benefit from mortgage refinancing,” Bankrate Senior Economic Analyst Mark Hamrick told InsideSources in a statement. “But … lower interest rates cannot resolve the headwinds created by trade tensions erupting on a variety of fronts around the globe. But that shouldn’t stop Americans from sticking with a longer-term financial game plan including saving for emergencies and paying down debt.”

Multiple economists have recently begun warning against a looming economic downturn. Nouriel Roubini, professor of economics at New York University’s Stern School of Business, wrote that trade tensions with China will be a contributing factor if the U.S. economy does enter a recession.

“There are three negative supply shocks that could trigger a global recession by 2020,” he said. “All of them reflect political factors affecting international relations, two involve China, and the United States is at the center of each.”

“All three of these potential shocks would have a stagflationary effect, increasing the price of imported consumer goods, intermediate inputs, technological components, and energy, while reducing output by disrupting global supply chains,” he said.

In an op-ed for the New York Times, Paul Krugman warned that the uncertainty surrounding tariffs could be a contributing factor to a recession by suppressing demand, but also said, “None of this guarantees a recession.”

The Competitive Enterprise Institute (CEI), in response to China’s latest tariff retaliation, criticized the Trump administration for continuing a trade war that has not produced the kind of trade agreement Trump wants, adding that Congress should reclaim its constitutional tariff-making authority to stop the trade war.

“Tariffs have once again failed to get China to make needed reforms, instead of responding to Trump administration tariffs with retaliation,” Senior Fellow Ryan Young said. “The administration should change course and re-engage the World Trade Organization dispute resolution process and rejoin the Trans-Pacific Partnership. China has already been lowering trade barriers against other countries and could do so with the U.S.”

Because the auto industry permeates American business, economists also say small businesses will feel the pinch from this latest tariff as well.

“While tariffs and trade wars have significant downside outcomes on businesses of all shapes and sizes, the reality is the impact is far greater on Main Street economies,” he wrote in a blog post for LinkedIn. “Uncertainty about the economic future, navigating higher costs, and slower investments can take a much higher toll on [small and mid-sized businesses]. Larger companies tend to have more flexibility and have room to navigate these types of business shocks.”

The Trump administration rejects the recession talk as political spin, arguing that the impacts of their tariffs, as large as they might be in the context of recent trade policy, are actually a very small part of the overall economy which, Trump economic advisor Larry Kudlow argues, is doing fine.

“Consumer wages are booming, consumer spending is booming,” Kudlow said on CBS News’ Face The Nation Sunday. “And our tax cuts have actually provided at least $2,500 to $3,000 in lower tax liabilities on ordinary, average American families. So the net impacts of the tax cuts, in my judgment, far outweigh very small harm regarding the tariffs.

“I just want to disabuse so much of this recession talk out there. It just ain’t so,” he added.