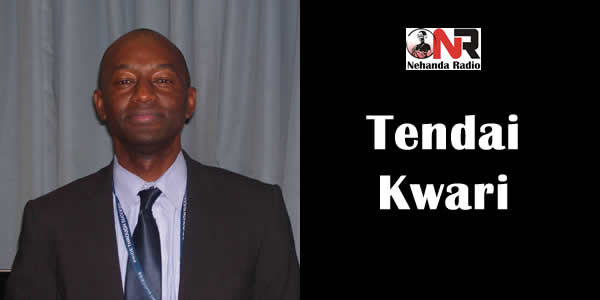 Having a strong and effective state involves more than just controlling corruption, but highly corrupt governments usually have big problems in delivering services, enforcing laws, and representing the public interest.

Research has shown that corruption acts as a highly regressive tax. If we set up an anti-corruption commission today, independent from the state and president, we will find that rampant corruption on the part of minor, poorly paid officials exists in today’s Zimbabwe, which we already know.

But we will find that the vast bulk of misappropriated funds go to elites who are using their positions of power to extract wealth from the population.

Corruption takes many forms, some of them much more damaging to economic growth and political legitimacy than others, so it is necessary for me to now rely on my scholarly literature.

Creation and Extraction of Rents: For example, a government can place tariffs on imports. The tariffs will strict imports and generate rents [the difference between the cost of keeping a good or service in production and its price] for the government.

One of the most widespread forms of corruption around the world lies in customs agencies, where the customs agents will take a bribe in order to either reduce the duties charged or expedite. The ability of governments to generate rents encourages many ambitious people to choose politics rather than entrepreneurship or the private sector as a route to wealth.

However, we must remember that the rents are perfectly legitimate and we cannot completely denounce them. What we can denounce is the abuse of the system. One school of thought has observed that many Asian governments have promoted industrialisation by allowing selected firms to generate excessive profits, provided they plough back into new investment.

While we agree that this opens the door to considerable corruption and abuse, it also stimulates rapid growth at a rate possibly higher than market forces on their own would have produced. In the same vein, what have the diamond mining companies in Zimbabwe ploughed back into our community?

Patronage and Clientelism: These two forms of corruption are the scourge of Zimbabwe and the rest of Africa at large. A patronage relationship is a reciprocal exchange of favours given by the patron to the client in exchange for the client’s loyalty and political support.

Clientelism involves mass party organisations distributing widespread favours through complex hierarchical political machines. Clientelism is rampant especially towards general elections. In a new Zimbabwe, we would expect citizens to vote for politicians based on their promises of broad public policies.

Most of our MPs are seen in their constituencies during campaigning and election times only. They will reappear again, unashamedly, towards the end of their term as they seek re-election. During campaigns, our politicians are seen providing individualised benefits only to political supporters in exchange for their votes.

Some of the benefits dished out are jobs, cash payments, political favours, agricultural inputs, maize, even cups of sugar.

This undermines good democratic practice. Instead it strengthens existing elites and blocks democratic accountability. In most cases, powerful or wealthy politicians in effect are buying the support of the ordinary citizens. These politicians are interested in promoting their narrow interests.

They are interested in promoting the welfare of their clients who provide their base of support but not the public at large. Instead of procuring broad benefits for the poor, clientelistic parties dissipate resources on what are in effect individual bribes for votes.

The first reason is that it is based on a relationship of reciprocity and creates a degree of democratic accountability between the politician and those who vote for him or her. Even though the benefit given is individual rather than programmatic, the politician still needs to deliver something in return for support, and the client is free to vote for someone if the benefit is not forthcoming.

Moreover, my scholarly literature argues, clientelism is designed to generate mass political participation at election, something we regard as desirable.

Further, the argument goes on, clientelism should be viewed as an early form of democracy rather than a form of corruption as we see it taking hold in very many young democracies where voting are new and politicians face the problem of how to mobilise voters.

In rural Zimbabwe, where voters are less educated and on no monthly income, it is often easier to get supporters to the polls based on a promise of an individual benefit rather than a broad programmatic agenda.

Poor voters can be more easily bought than rich ones, with relatively small individual benefits like a cash gift or a promise of a low-skill job. Zimbabwe politics is a much surer route to wealth for both patrons and clients.

A strong market economy: However, some schools of thought would argue that clientelism may diminish as countries get richer. They argue that as a stronger market economy develops, the opportunities for privately generated wealth increase, both absolutely and relative to the level of rents that can be extracted by entering politics.

For instance, they argue that ambitious young people who want to make large fortunes in the USA do not go into government. They go to Wall Street or corporate America, or start their own companies in places like Silicon Valley.

The argument lies in the sense that one who can make money elsewhere will not go into politics for quick riches only. For instance, if I can make a good and decent living out of my profession, trade or business, why would I stoop down for small bribes that could be offered by a clientelistic politician?

Although a stronger economic growth that allows citizens to get richer together is almost impossible and not a total panacea to curb corruption, it is one step forward and will definitely reduce the rampant corruption we witness today. Over the years corruption has perpetuated itself as a cultural habitat.

To some, corruption is now a norm. Our challenge in new Zimbabwe is to dismantle this paradigm shift. We can do it if we all work together for a better new Zimbabwe. Zimbabwe should be first before any partisan politics, tribalism or kinship.

Our political leaders should abide by the principles of servant leadership and not as a way to get rich quick. You are Zimbabwe, I am Zimbabwe and together we are a nation.