Skip to content
COMPANIES
May 13, 2015 swarnali 0 Comments a Digital Pioneer, AOL, With Another Chance to Reshape Itself 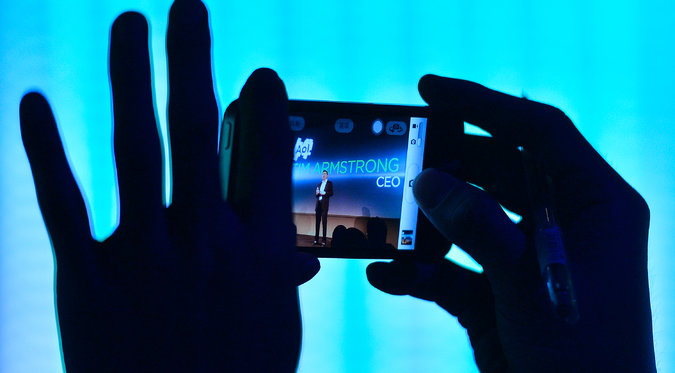 Soon after Tim Armstrong was named chief executive of AOL in 2009, he started reading the management book “You’re in Charge, Now What?”

Mr. Armstrong was 38 at the time, a charming, hard-charging Google ad sales executive who had never before been a chief executive, let alone the head of a company in complete disarray.

Six years later, he could write a management book of his own.

He has steered the company through its divorce from the media giant Time Warner, hundreds of millions of dollars of sales and acquisitions, management clashes, a proxy battle with an activist fund and cost-cutting measures that led to highly publicized public apologies by him. All those changes came as AOL continued a rocky transformation into an ad-supported digital media company from its roots as a subscription-based service for connecting to the Internet.

“I wasn’t totally prepared for this,” he said on Tuesday about taking on the top post at AOL, noting that his top three lessons as a first-time C.E.O. had been the importance of the right talent, the need for grit and persistence and the value of dedication to a long-term plan.

“The short-term bumps in the strategy don’t matter as much as the long-term destination that you end up at,” said Mr. Armstrong, a 6-foot-4 former captain of the Connecticut College lacrosse team who is known for peppering his speech with sports metaphors. “AOL has become a more valuable company because we stayed on strategy.”

The value of AOL shares has increased nearly 120 percent since the company spun out from Time Warner in 2009, as it has steadily transformed into a digital-media and ad-technology company. But some analysts have questioned whether AOL’s growth was sustainable on its own. Over the years, the company has gradually increased its advertising revenue, but its subscription group, which includes its Internet service, continues to provide almost all of AOL’s profit.

Now, even with the Verizon merger, the prospect for transforming AOL into a 21st century media conglomerate remains an open question.

Mr. Armstrong, who is one of AOL’s biggest individual shareholders outside of big investment firms, will see the value of his shares rise to about $84 million as a result of the Verizon deal.

“He made the best of a hand that he was dealt,” said Anthony DiClemente, a media analyst with Nomura. “As an executive, he did the best job he could balancing the growth opportunity for shareholders and a business that definitely is declining.”

When Mr. Armstrong first stepped into the job, AOL had long since been cast aside as the dinosaur of the Internet. It was the pioneering company that in the 1990s introduced millions of people to the web. It was also the acquiring company in the colossal 2000 merger, in which AOL used its high-priced stock to buy Time Warner, which at the time was the smaller company, at least in terms of stock market value. That deal is now regarded as the biggest merger failure in history. But it struggled to adapt as consumers abandoned its dial-up Internet service for faster broadband connections.

A revolving door of high-profile executives had tried to turn AOL into a digital media powerhouse, but it had been eclipsed by new digital darlings like Google and Facebook. Questions loomed as to whether the company could be rescued at all.

At $4.4 billion, AOL is valued at a fraction of the worth of younger and more successful companies like Facebook or even WhatsApp, the messaging service that Facebook bought for $21 billion. Its price tag also values AOL at just a shade above Vice, the growing media power that has drawn adulation, and cash, from private investors.

“It is a totally different company than it was five or six years ago,” Mr. Armstrong said.

Most noteworthy have been the takeovers of content properties like TechCrunch, a technology news site. And none have surpassed the prominence of the news site The Huffington Post, for which AOL paid $315 million four years ago.
Gerald Levin, left, chief executive and chairman of Time Warner, and Steve Case, chief executive and chairman of America Online, celebrate their merger in 2000. CreditRuby Washington/The New York Times

Not all of Mr. Armstrong’s efforts have been met with success.

One of his most prominent missteps was Patch, a collection of local sites. Mr. Armstrong was a co-founder of the site and acquired the company weeks into his tenure. (He recused himself from the acquisition process.)

He was criticized by investors for pouring hundreds of millions of dollars into the struggling company, which some say he took too long to wind down.

Together, those properties have melded into what Mr. Armstrong has said he hoped would be a new-media empire that could command attractive advertising rates. The value of The Huffington Post alone has grown significantly since its acquisition, Mr. Armstrong said. (The single biggest acquisition that AOL has struck was its $405 million deal for Adap.tv, a specialist in video advertising.)

Yet the company has also been pressured to consider various deals. AOL agreed three years ago to sell a trove of patents to Microsoft for about $1 billion as it faced demands from an activist hedge fund, Starboard Value.

Perhaps the single biggest potential deal that has dogged Mr. Armstrong is one he has shown little interest in: Yahoo, another onetime Internet giant humbled by the dot-com bubble’s collapse.

The two companies have held multiple discussions about potential tie-ups over the years, and investors pushed for such a move as recently as last fall — though executives consistently said publicly that neither was truly interested.

Now with the Verizon deal, the fate of the digital-media content business that Mr. Armstrong built at AOL is up in the air.

Verizon’s interest in keeping The Huffington Post and other prominent media brands is unclear. In recent months, AOL has considered spinning off The Huffington Post, according to people with knowledge of the plans who were not authorized to discuss them. Axel Springer, the German media group, and General Atlantic, the private equity firm, are among companies that have expressed interest.

Mr. Armstrong said that both AOL and Verizon were “big investors in content” and that “content is a huge part of the future.”

Asked if Arianna Huffington, founder of The Huffington Post and an AOL executive, was planning to work for Verizon, Mr. Armstrong said, “Yes, definitely.”

“If you want to talk about building the next great global media platform,” he said, “the deal accomplished that goal, and that is what I am here to do.”