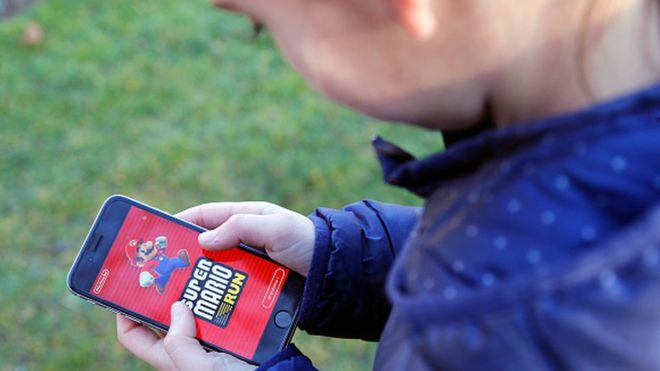 An insatiable desire by gamers to jump to the next level generated record revenues for App Store developers in 2016, according to Apple.

Developers who sell their apps through Apple earned a record $20bn in 2016, up 40% on the previous year.

Jan Dawson, chief analyst at Jackdaw, said in-app purchases, such as paying to upgrade a character, drove the rise.

Since 2008, when the App Store first launched, developers have earned a total $60bn in revenue.

Last year alone accounted for $20bn, or a third of total sales.

Mr Dawson attributed the acceleration to a relatively new business model where people download a game app for their iPhone or iPad for free, then pay to buy additional features such as opening secret levels or new powers.

In 2016, Apple also also changed its revenue sharing deal with developers of subscription apps such as Netflix or HBO Now.

In the first year of a customer’s subscription, the existing agreement remains in place which gives the developer 70% of revenue and Apple 30%.

Under the new terms, if the subscription continues for a second year Apple takes a smaller cut of 15% and the developer keeps the lion’s share, giving them a greater incentive to work to retain customers’ interest.

Apple also extended the scope of who can offer customers subscriptions to their product. Previously, only categories such as music services and magazines offered this service. In 2016 the option became available to all 25 categories on the App Store, including game makers.

Last year, revenue from subscriptions rose by 74% to $2.7bn. Also, the number of apps available through Apple grew by 20% to 2.2 million.

App sales made a strong start to the year, with customers spending $240m on the App Store on New Year’s Day alone.