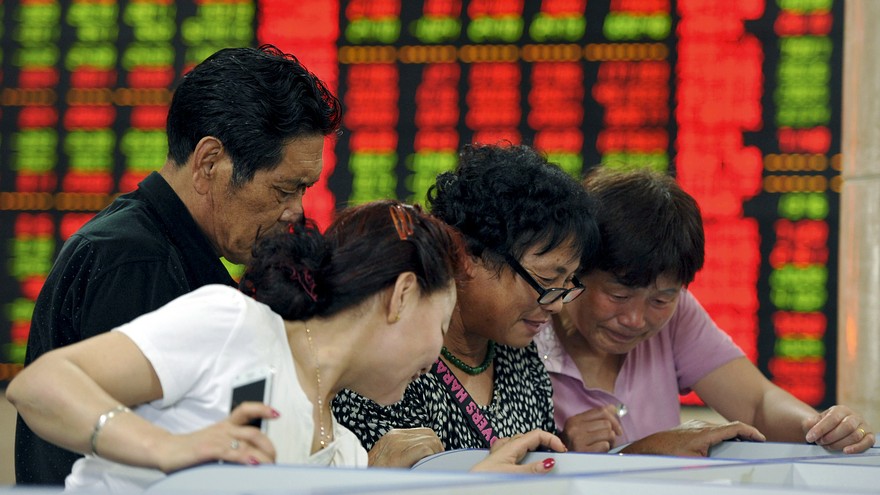 Five years ago, few would have expected that China would produce four of the top 10 global Internet companies (by number of visitors) — Alibaba BABA, -0.06% Baidu BIDU, -0.35% Tencent TCEHY, +0.25% and Sohu SOHU, -1.94% — as well as innovative multinationals like Huawei and Xiaomi. Nor would most have anticipated China’s increasing provision of global public goods, including its “one belt, one road” strategy, which aims to provide the infrastructure needed to knit Eurasia into a single vast market.

By any measure, the pace and scope of innovation in China has begun to increase. How has this happened, and why is it happening now?
The answer lies in the unprecedented challenges that China faces, including corruption, pollution, unsustainable local debts, ghost towns, shadow banks, inefficient state-owned enterprises (SOEs) and excessive government control over the economy. Certainly, no one would argue that these are positive developments for China; nonetheless, they have arguably been a blessing in disguise. They have imbued reform efforts with a degree of urgency that has had a far-reaching impact; indeed, conventional GDP data do not reflect the scale of the transformation that they are driving.

Of course, China has long been committed to market-driven structural reforms, at the national and municipal levels. It could not have attained its position as the world’s second-largest economy otherwise. But the key to China’s success has been constant experimentation, and the pursuit of that credo appears to have intensified.

For example, the networking of telecommunications, roads, rail, air, and maritime transport enabled China to become a global hub for the production of consumer durables, and improve their distribution. More recently, China began to apply the same approach to building a more innovative, knowledge-based economy, one in which the services sectors, together with domestic consumption, drive growth.

As a result, the country has increasingly been focusing on the so-called “killer apps” that, according to the historian Niall Ferguson, drove the West’s rise to economic dominance: competition, science, property, modern medicine, consumerism, and an ethic of hard work. In particular, China has worked to boost market competition and foster science and innovation, with progress in these areas underpinned by efforts to improve governance, strengthen mechanisms of accountability and boost investment in public goods.

Crucially, even as China’s specific goals have shifted, its policymakers have adhered to the experimental approach that has served the country so well thus far. Indeed, it was the combination of broad-based education, openness to science and innovation, investment in advanced telecommunications infrastructure and knowhow in manufacturing smart-phones that fueled China’s rapid advancement in the e-tail and Internet industries. This openness to innovation – along with what some say is lax regulation — also allowed platforms like Alibaba to integrate payments and logistics before many Western players did.

China’s “learning by doing” approach is likely to continue to yield innovative solutions to emerging problems. For example, faced with a shrinking labor force, the government has ramped up investment in robotic automation and other productivity-enhancing technologies. The impact on China’s competitiveness of rising real wages — which have been increasing by more than 15% annually since 2008 — will, the country’s leaders expect, ultimately be offset by the benefits of productivity-led growth, not to mention the much-needed increase in domestic consumption.

Of course, China’s approach has brought significant stresses, setbacks, and failures. China’s real-estate, credit, and stock-market bubbles — which produced ghost towns, bad local debts, and stock-price volatility — attest to that. But the policy decisions that gave rise to these problems — decentralizing control over land and permitting markets to direct the flow of talents, trade, investment, and capital — have also been critical to progress.

China’s leaders understand this well. Rather than avoiding risk, they remain prepared to reverse failing policies; and, if necessary, they are willing to pay for mistakes. Given the savings the country has built up, reflected in bulging foreign-exchange reserves, the central government has the fiscal room to afford it.

Today’s anti-corruption campaign should be viewed as an effort by China’s leaders to correct another negative consequence of past policies. The approach is two-pronged: the government is privatizing some SOEs, so that market competition can check the behavior of corporate managers, while treating the managers of other (typically larger) SOEs as public servants, subject to the increasingly severe rules of public accountability, including party discipline. Earlier this month, President Xi Jinping announced a new wave of measures.

China’s government is running real risks as it pushes through structural reforms that are unprecedented in speed, scale, and complexity. Fortunately, China has both the experience and the wherewithal to experiment with the next stage of structural transformation.