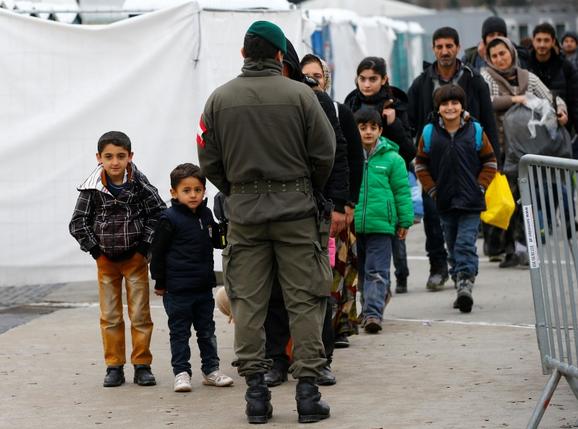 Austria, which angered other European Union states by announcing a daily cap on immigration and asylum claims, said on Friday it would have to introduce even stricter limits in future.

The daily limits of 3,200 migrants crossing the border and 80 asylum claims — announced on the eve of an EU summit — were widely seen as undermining Germany’s quest for a joint EU solution to the bloc’s refugee crisis in tandem with Turkey.

But Austria, the last stop on the way to Germany for hundreds of thousands of migrants who have flocked to Europe, appeared undeterred, and its interior minister said the daily caps had been introduced on Friday.

“I am very happy with our decision and we will stick to it,” Johanna Mikl-Leitner told reporters at a conference on migration.

She said Austria had received around 11,000 asylum claims so far in 2016, putting it on course under the new daily limit to exceed its ceiling for the year of 37,500, less than half last year’s total.

“(So) we will have to reduce these upper limits further.” she said, adding that the daily cap on claims only applied to people arriving at the southern border on the main migrant route into Europe.

Austria also did not want to place too great a burden too soon on Balkan states between it and Greece, with which Vienna is coordinating a “domino effect” of restrictions, she said.

Austria has largely served as a conduit into Germany for the migrants who have streamed through the Balkans and onto its territory since the two countries threw open their borders to them in September.

But, relative to its smaller population, Austria has taken a similar number of asylum seekers to Germany, and concerns about the influx have fuelled a rise in support for the far right in both countries.

Austria’s coalition government has progressively tightened border restrictions, at first largely in step with Berlin and now apparently not.

Mikl-Leitner — who says that Germany has for months had daily quotas of its own, which Germany has never confirmed — brushed the criticism aside.

“I do not understand Germany’s astonishment, since Germany invented these daily quotas,” she said.