Skip to content
LOANS
May 16, 2015 swarnali 0 Comments Bad loans may not have peaked yet, warns Raghuram Rajan 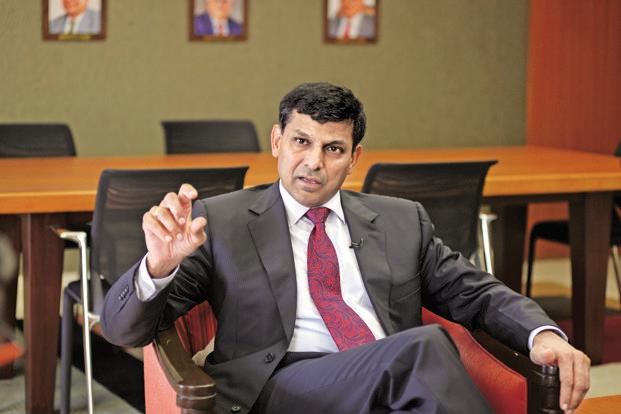 The quantum of bad loans in the Indian banking system may not have peaked yet, Reserve Bank of India (RBI) governor Raghuram Rajanwarned, echoing the concern of analysts and bankers.
Rajan’s comment comes a day or two after rating companies Crisil Rating Ltd and Moody’s Investors Service warned of more pain for the Indian banking system. Crisil on Tuesday said the gross bad debt of the banking system will likely rise to 4.5% of total assets from 4.3% at the end of March 2015.
Moody’s India sovereign analyst Atsi Sheth warned that India’s sovereign rating could be affected if banks do not repair their asset quality.
Rajan, speaking at a news conference after the central bank’s board meeting in Goa, said the central bank was working with lenders to recognize and resolve these non-performing assets (NPAs), news agencyReuters reported.
One such measure the central bank has already taken is introducing a term-loan facility for infrastructure projects where loans can be reset every five years. Informally termed 5/25 for stretching a project loan to 25 years with a reset every five years, this scheme is expected to ease pressure on infrastructure companies.
Since such schemes ease the load on promoters to pay back, it is also a good way to keep banks’ balance sheet healthy. But technically, it is also a good way for banks to hide the bad debt numbers, Crisil fears.
The 5/25 scheme alone could mask bad loans of at least Rs.80,000 crore in fiscal 2015-16, according to Crisil. If banks manage to hide more, the bad debt situation on paper will look healthier than that in 2014-15, Crisil said.
Out of 39 publicly traded banks in India, 29 have reported fourth-quarter earnings so far and the bad debt numbers show no sign of improving, although the pace of accumulating bad debts may have slowed a bit.
In the quarter ended 31 March, gross NPAs of these banks grew 28.8% toRs.1.81 trillion from Rs.1.4 trillion in the year-ago quarter. They grew 3.3% over the third quarter ended December. Interestingly, slippages, or good loans turning bad in the quarter, came down for some banks.
Banks continue to restructure a large number of loans, though, an analyst said. “This shows the stress is far from over,” said Abhishek Kothari, an analyst with Quant Capital, adding that he expects bad assets to peak in the next two-three quarters.
At least 15% of restructured assets soon fall back to the NPA category.
Infrastructure logjam
According to RBI’s annual report released in June 2014, six sectors account for the majority of bad debt in Indian banks: infrastructure, metals, textiles, chemicals, engineering and mining. The six account for only 30% of the total credit, but 36% of the total bad debts in bank books.
Bankers attribute this to the slower-than-expected recovery in the economy and cheap import of commodities and steel from countries such as China and Russia.
“Domestic companies can’t produce at a cheaper rate than the cheap imports. How can you expect our companies to generate positive cash flow when there is no demand and, at the same time, countries like China dumping finished goods like steel?” asked Bank of Baroda ’s managing director and CEO Ranjan Dhawan, while presenting his bank’s results on Tuesday. “We have only one exceptional client in our bank who wants to set up a power plant, but otherwise I haven’t seen a single greenfield project coming up. Who will want to expand capex in this environment?.”
Moody’s managing director for corporate finance, Philipp L. Lotter, said in an interview on Wednesday that infrastructure projects would take time to generate cash flow even if the government’s efforts to improve coal and gas availability show results.
Issues related to land acquisition, fuel availability and environmental approvals held up projects, but the National Democratic Alliance government that took over in May last year has tried to address some of the issues. However, several analysts and executives maintain that there has been no change on the ground.
RBI’s hand
That may require RBI to play a hand, say analysts.
“Token rate cuts will not help. We need to see at least 100-150 basis points cut from the RBI because interest cost has become a major drain for companies in the infrastructure and manufacturing sectors,” said Vaibhav Agrawal, vice-president (research) at Angel Broking Pvt. Ltd. “Take a manufacturing company with a debt-to equity ratio of 3:1, servicing its loans at a minimum of 12-13%. Now factor in project delays and multiply the cost for a few years more. The damage done by high interest cost will be evident. Now that inflation has fallen and commodity prices have fallen sharply, RBI should take the risk of cutting rates drastically,” Agrawal said.
Agrawal does not see asset quality improving in the next six to nine months at least, but expects companies in metals, power, and minerals to show some greenshoots of recovery in a year’s time as positive reforms in these sectors take effect in the coming months.
[“source-livemint.com”]