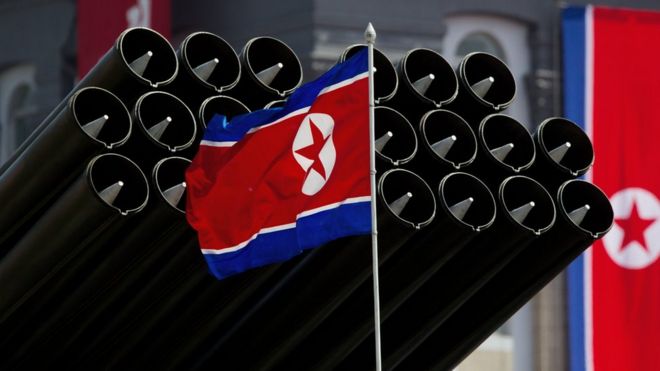 The US has put sanctions on a Chinese firm and four executives over allegedly helping North Korea evade sanctions.

Dandong Hongxiang is accused of acting on behalf of a North Korean bank that is on a UN sanctions list to stop the spread of weapons of mass destruction.

The engineering company and its bosses are also under investigation by Chinese authorities.

The US decision to extend sanctions on the industrial machinery and equipment wholesaler means that American companies or individuals are banned from doing business with the Chinese company or the four executives.

Aside from the firm’s founder, Ma Xiaohong, the sanctions include Zhou Jianshu, Hong Jinhua and Luo Chuanxu, who are accused of conspiring to violate sanctions rules and engaging in international money laundering.

The Chinese company and its employees “sought to evade US and UN sanctions, facilitating access to the US financial system by a designated entity,” he said in a statement.

The US Justice Department said bank accounts associated with the firm and front companies received hundreds of millions of dollars that transited through the US.

Last week, the US said that President Barack Obama and Chinese Prime Minister Li Keqiang agreed to step up cooperation in the UN Security Council and in law-enforcement channels after North Korea’s latest and largest nuclear test on 9 September.

The isolated communist nation has been subjected to five sets of UN sanctions since its first test in 2006. Talks involving world and regional powers have failed to rein in the North’s nuclear programme.

In recent months, North Korea has also conducted a series of ballistic missile launches and has in the past often stated its aim of hitting US targets.