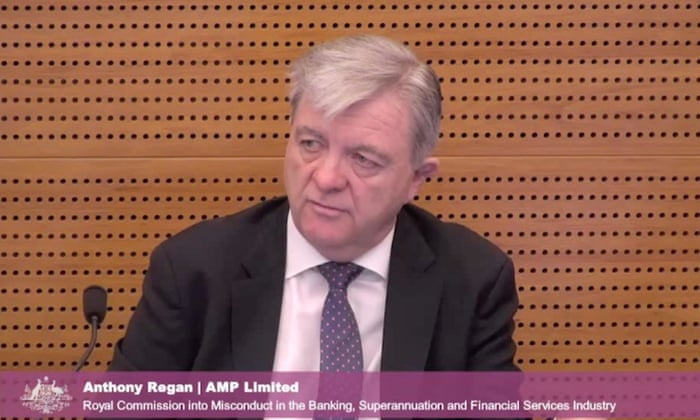 AMP’s head of financial advice, Anthony Regan, said there were reasons to be concerned about the company’s internal culture while appearing before the banking royal commission. Photograph: AAP

AMP’s head of financial advice admitted there were reasons to be concerned about the company’s internal culture after he lost count of the number of times AMP has misled the corporate regulator during Tuesday’s royal commission hearing.

But Anthony Regan used euphemistic language when making his concession, prompting the head of the banking royal commission, Kenneth Hayne, to appear frustrated with his responses.

The royal commission is focusing on the reasons Australia’s biggest banks and financial services companies have been charging customers fees without providing any services. Regan admitted on Tuesday that the practice was unacceptable.

He was also forced to admit he did not know how many times AMP had misled the Australian Securities and Investments Commission (Asic) about the practice.

Sign up for Guardian Today Australian edition: the stories you need to read, in one handy email

Correspondence shows executives telling Asic officials that they had mistakenly charged customers fees for no service despite it being a deliberate policy.

The correspondence showed AMP was aware it was charging customers fees for 90 days for financial advice that it had no intention of providing, and then it did not want to stop the practice because it was profitable.

Senior counsel assisting Michael Hodge provided multiple examples of AMP misleadingly telling Asic that its fee-for-no-service was a mistake and asked Regan what he thought about it.

Regan said: “I think there are reasons to be concerned. I think they show a culture that’s not as robust as it should be.”

Hodge asked Regan why his language was so passive. “When you say ‘Not as robust as it should be’, that really understates it, doesn’t it?” he said.

Regan replied: “I think the culture certainly needs to be reviewed and analysed and we are doing that. In fact, there was a review of the culture done in 2015 but I think the concerns there are obvious.”

Hodge then pushed further, saying he wanted to understand what Regan really thought of the culture inside AMP.

“What we seem to be seeing is that a conscious decision is made to protect the profitability of AMP at the expense of complying with AMP’s licence. Do you agree?” Hodge said.

Regan replied: “Yes, I believe that’s what that shows, yes.” 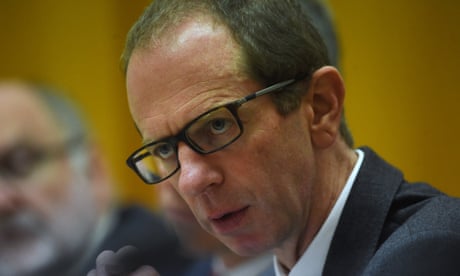 Hodge then asked: “Is that type of behaviour what you mean when you say ‘a culture that is not as robust as it should be?’”

Regan replied: “Well it’s clear that we preferenced the interest of shareholders, in that exchange, at the expense of clients.”

Hodge asked if AMP had decided to protect the profitability of the company at the expense of complying with the law, and Regan replied: “Yes that’s correct.”

Regan agreed that it was not in the long-term interests of AMP’s shareholders for AMP to try to maintain its profitability at the expense of complying with the law.

At one stage, Regan was asked what he thought about past legal advice that warned AMP its internal decision to charge customers fees for 90 days without providing them services should be reviewed.

Regan said the legal advice “should have been much more dramatic in terms of its escalation”, prompting what appeared to be a frustrated response from Hayne.

“[Tell us] what you want, Mr Regan. You say it should have been more ‘dramatic’. What do you mean?” Hayne asked.

On Monday, senior counsel assisting Rowena Orr told the commission that the number of “financial advisers” in Australia had exploded since the global financial crisis from roughly 18,000 in late 2009 to now 25,386 – an increase of 41%.

She said just 8,704 of all financial advisers – or 35% – have completed a degree at bachelor level or above.

Peter Kell, Asic’s deputy chair, said he did not believe the financial advice industry was a “profession” yet because it had not reached the standards of a profession.