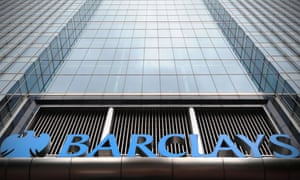 Barclays and its chief executive Jes Staley are being investigated by regulators over his attempts last year to unmask a whistleblower who had raised questions about a recently recruited senior executive.

The bank said it would formally reprimand Staley and cut his bonus by a “very significant” amount, but is supporting him unanimously.

Staley, a veteran American banker who spent most of his career at JP Morgan and took the helm at Barclays in December 2015, has apologised to the Barclays board for his “errors”.

Britain’s Financial Conduct Authority and the Prudential Regulation Authority are both conducting investigations into Staley and the bank over the matter, and into the bank’s “controls and culture” relating to whistleblowers.

Barclays said Staley’s attempt to identify the whistleblower came to its attention in early 2017 after an employee raised concerns about its whistleblowing procedures. The bank asked a law firm, Simmons & Simmons, to start an investigation, and informed the FCA and the PRA.

Its investigation found that Staley “honestly, but mistakenly, believed that it was permissible to identify the author of the letter”. The author was not identified and no further action was taken.

Staley said: “I have apologised to the Barclays board, and accepted its conclusion that my personal actions in this matter were errors on my part. I will also accept whatever sanction it deems appropriate.”

John McFarlane, the Barclays chairman, said: “I am personally very disappointed and apologetic that this situation has occurred, particularly as we strive to operate to the highest possible ethical standards. The board takes Barclays culture and the integrity of its controls extremely seriously.

“The board has concluded that Jes Staley, honestly, but mistakenly, believed that it was permissible to identify the author of the letter and has accepted his explanation that he was trying to protect a colleague who had experienced personal difficulties in the past from what he believed to be an unfair attack, and has accepted his apology.”

Staley spent more than 30 years at JP Morgan before joining the hedge fund BlueMountain in 2013. He vowed to overhaul Barclays’ culture when he succeeded Antony Jenkins, who had been ousted after attempting to restore Barclays’ fortunes following the Libor crisis.

Shore Capital analyst Gary Greenwod said: “This is seriously embarrassing for [Barclays] and it raises questions whether the culture in the organisation changed as much as the board would like the market to believe.”

He added: “You would hope Barclays ran those sanctions in terms of compensation by the FCA and PRA. You don’t want them to say this guy is not fit for purpose.”

He said it was unlikely that there would be “significant backlash from shareholders”. “It’s not in the interest of shareholders to rock the boat” as this would be damaging to further operational progress at the bank.