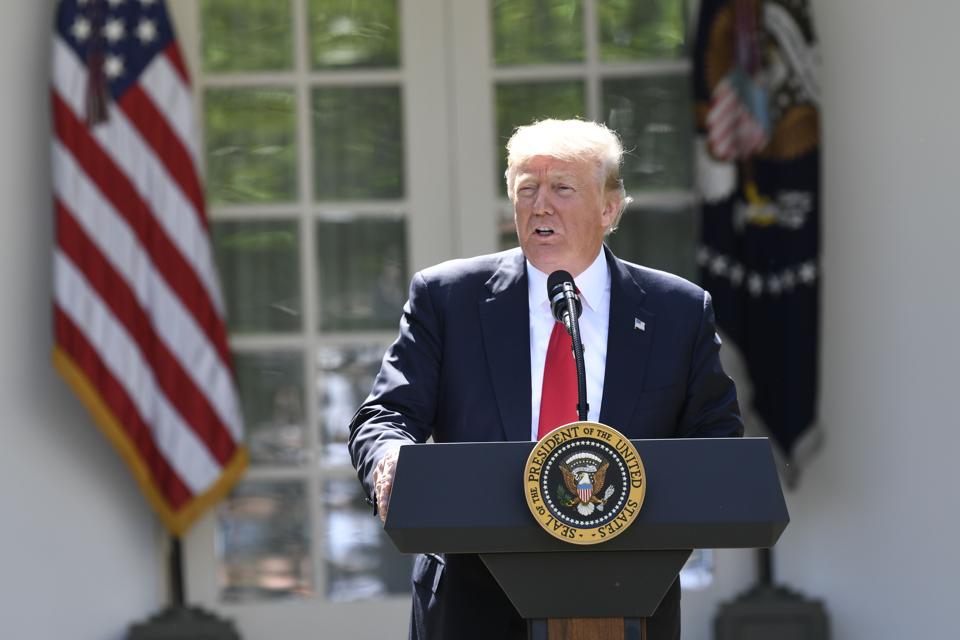 In an age of polarized politics, it’s sometimes hard to remember that a leader who does not share your policies can nevertheless still be right. For example, plenty of people forget amid their distaste of Richard Nixon that he brought us the Environmental Protection Agency. Today, too many people operate from a perspective of believing that everything done by President Donald Trump must be wrong, especially when it comes to energy policy.

Consider the media coverage of Trump’s just-announced decision to exit from the Paris Accord, signed by 195 nations who agreed to report their greenhouse gas emissions and spell out reduction plans. CNN beforehand characterized the decision as something that would leave us in the company of Syria. And The New York Times solemnly declared, “The exit of the world’s largest economy and second-largest greenhouse gas polluter from the Paris accord would profoundly weaken the landmark effort to curb climate change. It could pave the way for other countries to withdraw, or to simply weaken their own commitments to cutting planet-warming pollution.”

The subtext to all this is that Trump’s decision is bad for the U.S. economy and for energy investors. However, that’s not the case.

Amid all the horror about the demise of the great Paris deal, it’s worth recalling how the pact came about in the first place. First, as I have written before, when this “deal” was inked by the United States in 2015, it was the most aggressive exercise of presidential power seen since 1919, when Woodrow Wilson tried to do an end run around the U.S. Senate and win approval for his idea for the League of Nations. The “agreement” is happy talk and empty promises. The World Resources Institute estimates it would cost America $170 billion, or about 0.7% of our GDP. The deal was to cap warming by intentionally making certain oil and gas reserves (part of the valuation of major energy companies) worthless since they would never be accessed — effectively transferring wealth away from oil companies to other energy players.

Second, the accord was nothing more than a diplomats’ wish list. The deal’s so-called “targets” were voluntary and, as a result, meaningless. The accord would set up a committee of experts to facilitate implementation and promote compliance; however, it lacked any enforcement mechanism to fine or punish offenders. The deal lacked legally-binding obligations because that would have required congressional approval — something former President Barack Obama was unlikely to win. That meant the Paris agreement was nothing more than a feel-good charade without any enforceable obligations or consequences for anyone who signed on and ignored it.

The Paris deal went hand in glove with Obama’s Clean Power Plan. However, the U.S. Supreme Court already issued a stay on CPP in February, undermining Obama’s signature environmental policy. CPP had mandated that power plants cut emissions of carbon by 32% by 2020. Moreover, the Presidential Executive Order on Promoting Energy Independence and Economic Growth issued on March 28, 2017, starts the “redo” process on CPP to boot. Of course, landmark reductions in American greenhouse gas emissions in the past decade have been achieved by market mechanisms, such as the use of clean-burning natural gas for electricity generation.