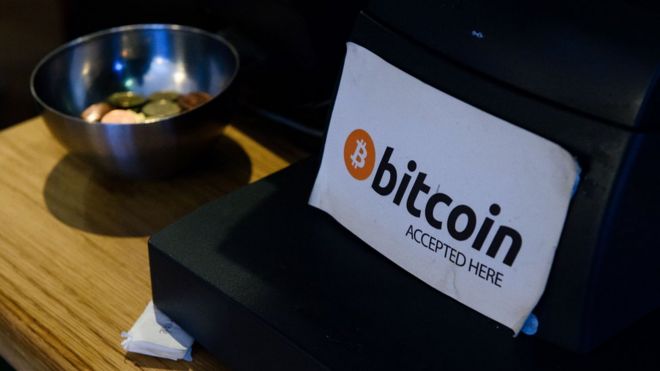 Digital currency Bitcoin has seen its value top $1,000 (£815) for the first time in three years after it ended as the best-performing currency of 2016.

It traded as high as $1,029 on Tuesday, according to CoinDesk data.

Analysts are attributing its jump to increased demand from China, which is where most Bitcoin trading takes place.

Bitcoin relies on web-based transactions handled across thousands of computers and is used as an anonymous way to move money globally.

As a result, some speculate that people in China are using it to circumnavigate strict government rules aimed at preventing money from leaving the country.

The value of China’s currency, the renminbi, fell by about 7% last year.

In contrast, Bitcoin’s value rose by 125% in 2016, making it the world’s best-performing currency when compared with its central bank-issued peers.

“The growing war on cash, and capital controls, is making Bitcoin look like a viable, if high-risk, alternative,” said Paul Gordon, a board member of the UK Digital Currency Association.

David Moskowitz, the founder of Coin Republic, a Singapore-based Bitcoin brokerage, believes some investors now see the currency as a haven asset.

“The run-up since November could be due to Indian demonitisation followed by Venezuela capital controls and rumours of similar actions in more countries,” he told the BBC.

Bitcoin is often referred to as a new kind of currency.

But it may be best to think of its units being virtual tokens rather than physical coins or notes.

However, like all currencies its value is determined by how much people are willing to exchange it for.

To process Bitcoin transactions, a procedure called “mining” must take place, which involves a computer solving a difficult mathematical problem with a 64-digit solution.

For each problem solved, one block of Bitcoins is processed. In addition the miner is rewarded with new Bitcoins.

This provides an incentive for people to provide computer processing power to solve the problems.

To compensate for the growing power of computer chips, the difficulty of the puzzles is adjusted to ensure a steady stream of new Bitcoins are produced each day.

There are currently about 15 million Bitcoins in existence.

To receive a Bitcoin, a user must have a Bitcoin address – a string of 27-34 letters and numbers – which acts as a kind of virtual post-box to and from which the Bitcoins are sent.

Since there is no register of these addresses, people can use them to protect their anonymity when making a transaction.

These addresses are in turn stored in Bitcoin wallets, which are used to manage savings.

They operate like privately run bank accounts – with the proviso that if the data is lost, so are the Bitcoins owned.

The value of Bitcoin has been volatile since it was first launched in 2009, and many experts have questioned whether the crypto-currency will last.

But later that year the currency experienced daily price swings of as much as 40% after the Tokyo-based Mt. Gox exchange was hacked and saw the currency plunge to under $400.

However, some experts expect Bitcoin to continue its recent strong run.

Mr Moskowitz said: “At some point there will be a correction but my outlook is still very positive as Bitcoin has shown its resilience.

“It’s been declared dead 115 times and is still the best way to send value directly from person to person without anyone being able to prevent that transfer.”

There are also more Bitcoins in circulation than ever before and it is estimated 12.5 are added to the system every 10 minutes.

It is estimated the crypto-currency’s total worth is now above $16bn.