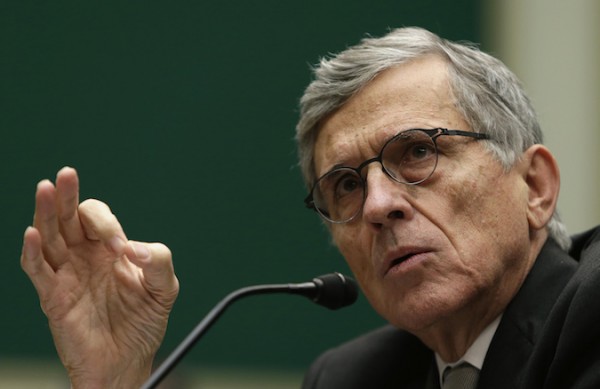 On Thursday, the Federal Communications Commission (FCC) voted to consider a plan that would modernize Lifeline — a long-running FCC program that provides subsidies for phone service to underprivileged households — to include broadband Internet.

The 3-2 vote was split down party lines with Democratic commissioners favoring FCC Chairman Tom Wheeler’s proposal and Republicans against.

Wheeler’s plan is to make broadband Internet connections eligible for the Lifeline Program, which was established under President Ronald Reagan’s administration in 1985 to help the poor afford telephone connections even if rates go up.

The $1.6 billion (in 2014) program had since been modernized, not without controversy, to include basic wireless phone service, but Wheeler argues the move to include basic broadband service is necessary for the current economic age, powered by the Internet.

The proposal that moved forward on Thursday would set subsidies for the poor — specifically households making $25,000 per year or less — at $9.25 for both phone and Internet.

About half of adults at that income level do not have access to the modern Internet at home, according to Pew’s 2013 study that found that about 70 percent of Americans did. And while less than $10 a month seems inadequate compared to what most Americans pay for broadband, advocates say it could spark competition and create a new marketplace for cheap broadband access.

Wheeler’s proposal also includes measures to keep the program accountable for its spending, including having a third party other than commercial Internet or phone providers decide who’s eligible, as well as requiring once-a-month transparency reports on their subsidized customer lists from phone and broadband companies.

Republicans argued against the program’s expansion, with Commissioner Ajit Pai saying, “We still have a long way to go if we are going to fix this program,” according to The Hill. “Waste fraud and abuse are still rampant.”

Pai and other critics point to the last expansion of Lifeline under President George W. Bush in 2005, which added wireless phone subsidies that helped TracFone Wireless grow by offering “free government phones” and became a focal point of concerns over waste, fraud, and abuse of Lifeline — to the point where the FCC decided to cut back on the subsidy in 2012.

Supporters of the move argue that modernizing Lifeline to include Internet access is long overdue, and that the measure is a step in bridging the “digital divide” between those who enjoy the advantages that access to the Internet brings, and those who are being left out of the 21st century’s most important economic engine.

Among those supporters is the National Hispanic Media Coalition, which commended the FCC for moving forward on the modernization process for Lifeline, which the advocacy group said had “tremendous potential to dramatically improve the lives of millions of Americans who cannot currently afford to connect to the Internet.”

In the comments sent to Latin Post and posted on its site, NHMC’s Executive VP Jessica Gonzalez laid out how it would help low-income Latinos in the U.S.:

“Cost is the main barrier to adoption for people under sixty-five years of age. At the same time, broadband is critical to nearly every facet of modern American life, including education, employment, healthcare, civic participation and more. This crisis must be addressed without delay.”

As we’ve previously reported, while Latinos on the whole tend to be tech-savvy trendsetters — for example owning smartphones and watching digital entertainment at a higher rate than the average U.S. consumer– many low-income and young, upwardly-mobile Latinos also tend to rely solely on smartphones for access to the Internet. In studying the phenomenon, Pew coined the phrase “smartphone dependence” to refer to this new facet of the digital divide.

The expansion of subsidies to broadband Internet in the 21st century could be seen as a natural evolution of Lifeline, given the wider, historical consideration of the program that Wired reported.

For example, the FCC said Lifeline provided low-income consumers with tools that had “become crucial to full participation in our society and economy, which are increasingly dependent upon the rapid exchange of information.”

Sound like an argument for expanding broadband Internet to the poor?

It is. Except the FCC was talking about home phone service in 1985.