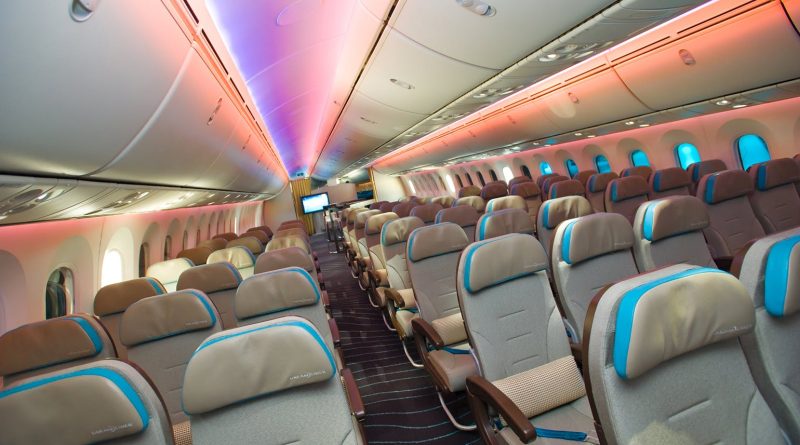 Today’s LED drivers are highly flexible, enabling their use in a wide array of applications from scanners to automobiles to avionic lighting. Many of these drivers can also be configured using multiple topologies —boost, buck, and buck-boost—to meet a wide variety of specific application requirements.

This article covers the process of selecting the suitable topology and its corresponding connections. For purposes of illustration, the examples are based on the LTM8042 µModule LED driver. This driver supports LEDs with up to 1-A current and a 3000:1 dimming ratio, operates from input voltages of 3 to 30 V, and has a frequency range of 250 kHz to 2 MHz.

2. The LTM8042 block diagram shows connections in a boost configuration.

The input voltage is connected to the BSTIN/BKLED– terminal and the LED string cathode is connected to GND. When transistor Q is on, the current builds up in the inductor L. Once Q turns off, the voltage across L changes polarity and the inductor current begins flowing to output filter capacitor C2. LED dimming is implemented in the PWM section, which regulates the duty cycle, and by extension, the average LED current (set by resistor RCLR). Capacitor C1 is an input voltage filter.

3. This LTM8042 block diagram shows connections in a buck configuration.

When transistor Q is on, current flows from the input through the LED string and inductor L to GND. Once Q turns off, the voltage across L changes polarity and diode D becomes forward-biased. This pulls the LED cathode below the input voltage level, providing the set value of the current in the LED string. C5 creates an output filter for this topology.

In many commercial, battery, and solar-powered applications, the input voltage varies over a wide range. In these situations, the buck-boost topology shown in Figure 4 is the best solution. The input voltage and LED cathode are connected to the BSTIN/BKLED– terminal.

4. The LTM8042’s connections are depicted in a buck-boost configuration.

When transistor Q is on, the current builds in inductor L. Once Q turns off, the voltage across L changes polarity, forward-biasing diode D while the voltage climbs above the input level. The pulse-width modulator (PWM) maintains the set value of current through the LED and C5, and C2 functions as an output filter. The LED string voltage VF can be below or above VIN.

Test Results for the Three Topologies

All three topologies were tested using the DC1511 demonstration circuit featuring the LTM8042—utilizing the same LED string, output current, and switching frequency in all cases. To make sure that bias power dissipation is the same for all three settings, the same VCC (shown in Figure 1) was supplied as well. The VCC pin can be tied to VIN in most cases.

Figure 5 shows the resulting efficiency curves. All three topologies also were modeled in LTspice environments; simulation files related to LTM8042 can be found in its datasheet.

The result is that configurable LED drivers provide a versatile approach to LED design, delivering efficient operation over a wide input voltage range while providing up to 1-A LED string current. Because these drivers can be readily applied as a boost, buck, or buck-boost driver, the same driver can be used to meet the requirements of a diverse variety of applications.