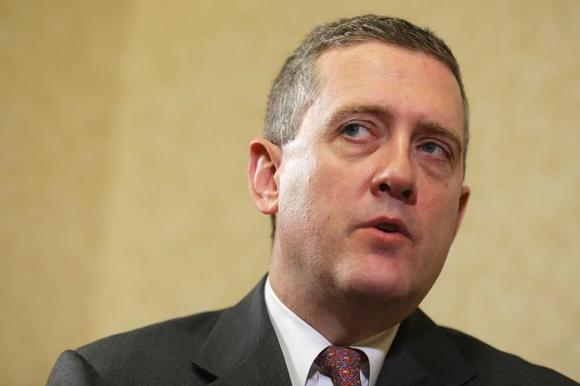 (Reuters) – A Federal Reserve official on Thursday redoubled his call for the U.S. central bank to start raising interest rates soon, saying he fears that waiting too long could spell a “harrowing and disruptive” time for the Fed and the economy.

Predicting U.S. unemployment will fall below 5 percent by the third quarter of this year, St. Louis Fed President James Bullard said he wants the Fed’s policy-setting committee to next month drop its pledge to be “patient” in deciding to raise rates, opening the door to a June rate hike.

Unemployment is now at 5.7 percent, down from its recession-era high of 10 percent and just above the range that most Fed officials consider normal for the U.S. economy.

If the labor market unexpectedly cools off, “the committee is under no obligation to move at that juncture and could easily decide to wait longer and wait for better data,” Bullard said. But if the momentum continues as he expects, he said, “we could make a decision in June.”

Minutes of the Fed’s January meeting show officials fretted about how markets will react when the word “patient” is finally dropped. With bond yields now very low, an aggressive reversal could harm the broader economy.

On Thursday Bullard warned about exactly such market dynamics, saying that one of his big worries is that “at some point markets come to the conclusion that the Fed has fallen hopelessly behind the curve.”

“That kind of dynamic can be very hard on a central bank and very hard on the economy because yields get bid up pretty quickly and the Fed has to move more rapidly than probably we would like,” he said. “It can be a harrowing and disruptive process and I think we’d rather not be in that scenario.”

Bullard said he is also worried about low interest rates creating asset price bubbles, not now but over the next couple years, and said he is “doubtful” regulations and supervision can adequately head them off.

Nearly all Fed officials expect the Fed to raise rates sometime this year, but exactly when is a subject of great debate. Several influential Fed officials have signaled that mid-year is the right timing, while others have worried that low inflation and falling inflation expectations could incline them to wait a bit longer.

Bullard blames a months-long drop in market readings of inflation expectations on the rapid decline in oil prices, and said he would only worry about them if they persisted for several months after oil prices stabilize. He said he takes comfort in a measure published by the Dallas Fed that shows inflation steady at 1.6 percent, not too far below the Fed’s 2 percent target.

Bullard is a well-known hawk who has repeatedly said the central bank has already been too patient, and that it should begin raising rates later this quarter.

Bullard is not a voting member on the Fed’s policy setting committee this year, but does take part in regular policy deliberations.