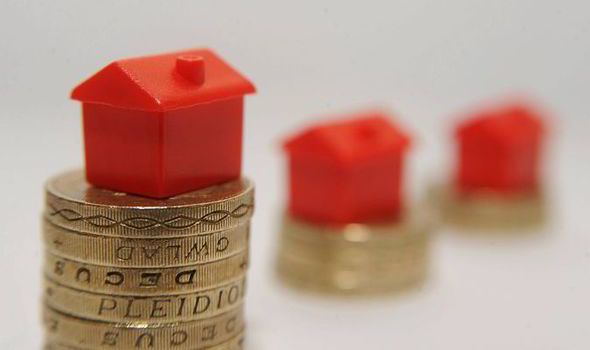 There were 18,200 buy-to-let loans made in March, which represents a 21 per cent leap from March 2014, according to the most recent figures from the Council for Mortgage Lenders (CML).

The total value of these loans increased to £2.7billion, a huge 35 per cent increase on the same time last year and 13 per cent rise compared to February.

In comparison, the total number of loans given to first-time buyers dropped by five per cent in March when compared to the year prior.

At 23,000 the number of mortgages approved to those purchasing their first home is now only slightly higher than buy-to-let borrowers.

And the value of loans to first-time buyers edged up at a far slower rate of three per cent to £3.4 billion.

When looked at over the first quarter of 2015  the emerging patterns between the two groups is even more stark.

Buy-to-let was the only sector to see an increased borrowing at the start of this year, as the number of remortgages and home mover loans also dropped.

The boom in landlord lending has been helped along by record low buy-to-let mortgage ratesoffered in recent months.

It’s thought that the recent changes to pensions, which allow over 55s to access savings, is only going to see more obey flood into buy-to-let.

Estate agency Savills estimates that retirees could inject up to £1.2billion a year into UK property.

He said: “Recent pension freedoms are tipped to lead to even greater investment in the Buy-to-let sector. While property can absolutely form part of a pension portfolio, it’s not a good idea to invest all retirement funds in property.

“Retirees will need money at different speeds for different needs, so diversification is key. However, when managed properly, BTL can be a great vehicle for providing additional income.”

Overall, gross mortgage lending reached £16.1 billion in March, which is five per cent higher than lending in March 2014.