COMPANIES
February 13, 2017 subhadip Another, BHS', call, Firms, for, of, Prevent, Private, scrutiny, to 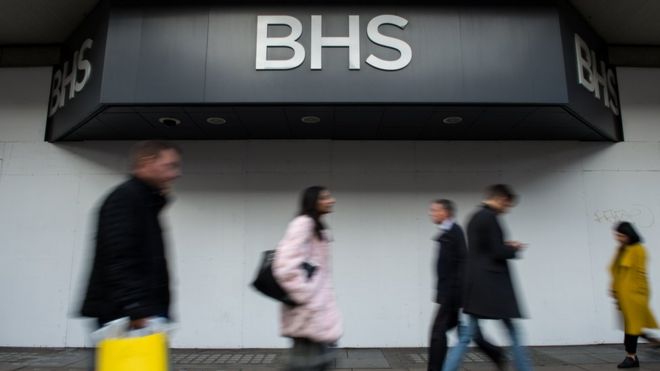 A committee of MPs is recommending that large private firms should face the same rules on corporate governance as publicly listed companies.

The work and pensions committee says changes could prevent another collapse similar to that of retail chain BHS.

Committee chairman Frank Field MP said the collapse of the chain was triggered by “gross failures of corporate governance”.

He added: “For a company with a big social and economic footprint like BHS it is simply not enough to be accountable to shareholders – particularly when one shareholder owns most of the stock.

“Would the story have played out the same way if its directors had to be open about the financial decisions they were making for its future?

“The finances and leadership of a company with so many people depending on it should be open to scrutiny.”

The work and pensions committee – in response to the government’s consultation on corporate reform – also called for changes that would make directors at private businesses accountable to pensioners through their scheme’s trustees.

Their recommendations came alongside the release of correspondence between the committee and Sir Philip Green’s Arcadia Group on the retail giant’s pensions scheme.

Meanwhile, the committee also said that all Insolvency Service reports should be published when judged to be in the public interest.

It comes after the government indicated it would make the report into BHS’s demise public.