According to global real estate consultant JLL, innovation, liveability and the capacity to reinvent characterize the most dynamic cities in their third annual City Momentum Index (CMI). 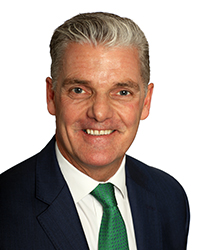 While the 2015 CMI Top 20 included several tech-focused hubs, the 2016 CMI Top 20 features many cities which are home to the world’s most vibrant mixed-use districts that are thriving not only with respect to technology, but also around their ability to incubate and commercialize new ideas. These well-connected city districts, often featuring numerous higher education and research institutions, promote connectivity, co-production and open innovation.

“Real estate is a major factor in city momentum as it can enable productivity, creativity and entrepreneurship while creating a sense of community for its citizens in a sustainable urban model,” said Jeremy Kelly, director, global research for JLL. “Real estate no longer simply houses businesses – it attracts corporations and talent, and cities need to ensure their built environment provides the smart, productive commercial buildings that corporations, capital and talent now demand.”

Highlights of the CMI Top 20 include:

The 120 cities covered by the CMI were assessed using 37 variables including recent and projected percentage changes in city GDP, population, corporate headquarter presence, office construction and office rents. Other factors included education infrastructure, environmental sustainability and the strength of a city’s technology capability, among others. 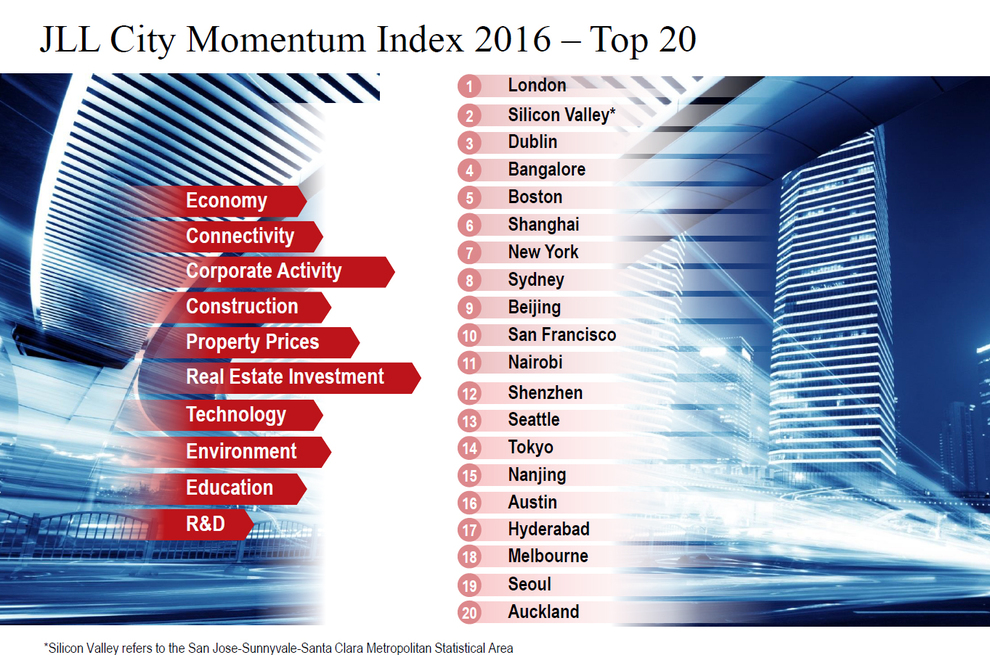