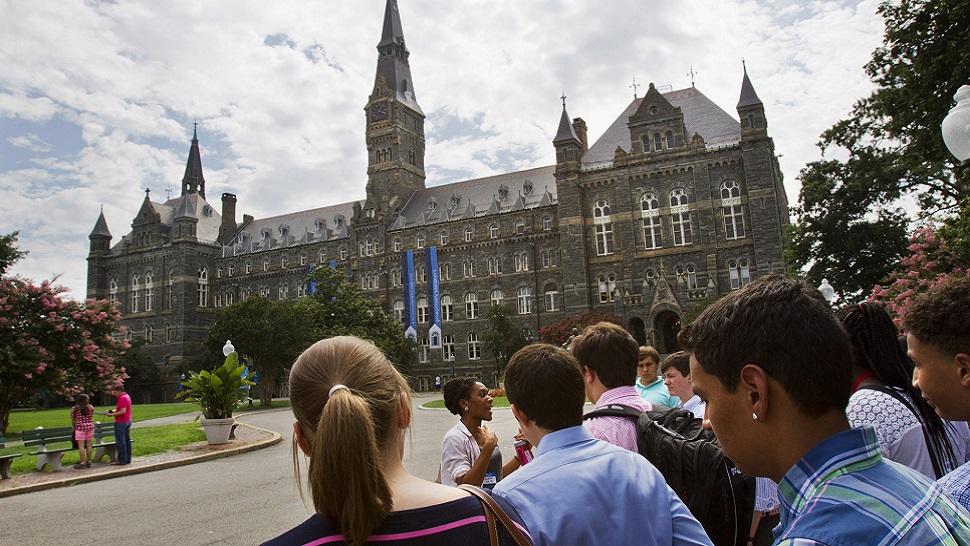 Well here’s a sentence you don’t see every day: it’s about to get cheaper to pay for college.

No, colleges haven’t decided to collectively drop the price of tuition. Rather, the bottom-line cost for those who need to borrow — i.e, what students will pay when the diploma is in hand and the student loans are paid off — is going down, at least for the 2015-2016 academic year. Thanks to the results of Wednesday’s 10-year Treasury note auction, the rates on federal student loans will decrease by 0.37% for new loans disbursed on or after July 1, 2015.

On Wednesday, the U.S. Treasury sold $24 billion in 10-year notes at a yield of 2.24%, a rate that’s 0.37% less than the 2.61% yield recorded in the May 2014 auction. Thanks to legislation that ties federal loan rates to the 10-year auction, this 2.24% yield means that the rate on undergraduate federal Stafford loans will decrease to 4.29% (from 4.66%) for loans disbursed between July 1, 2015 and June 30, 2016. (The interest rate on Stafford loans is the same whether you hold an unsubsidized Stafford, which allows the interest to accrue while a student is in school, or a subsidized Stafford, with which the interest does not accrue while the student is still in school.)

The auction results also affect the rates on graduate Stafford loans and direct PLUS loans: the rate on direct unsubsidized loans — i.e, that Stafford for graduate students — will drop from 6.21% to 5.84% — while the rate direct PLUS loans, which are available to parents and to graduate students, will drop from 7.21% to 6.84%.
As I explained when last year’s 10-year note auction sent federal loan rates up by 0.8%, federal student loan interest rates have been tied to the 10-year note since legislation that passed in 2013. The undergraduate Stafford loan rate was set to double from 3.4% to 6.8% on July 1, 2013, but borrower outrage coupled with bipartisan Congressional action helped avert this fate. The legislation passed later that July tied the undergraduate Stafford rate to 2.05% plus the 10-year yield. Assuming that the 10-year yield would keep rising, the legislation also capped federal student loan rates at 8.25% for undergraduate Stafford loans, 9.5% for graduate Stafford loans and 10.5% for direct PLUS loans.
While a 0.37% decline in interest rate might seem like small potatoes, it can create real savings over the life of the loan. Consider a college freshman who borrows the maximum amount allowed for a subsidized Stafford the first year of school: $5,500. Assuming this student repays the loan over the standard 10-year repayment period, he or she will save $117.63 over the life of that loan.

For graduate students, the savings are even greater: a student attending a 2-year grad program, borrowing the maximum allowed for a graduate Stafford loan ($20,500), and repaying the debt over the standard 10-year period, he or she will save $457.44 over the life of the loan. If that same student needs to borrow an extra $40,000 in direct PLUS loans to cover the full cost of attending school, the lower rate on PLUS loans will save this student $916.06 over the life of the loan.