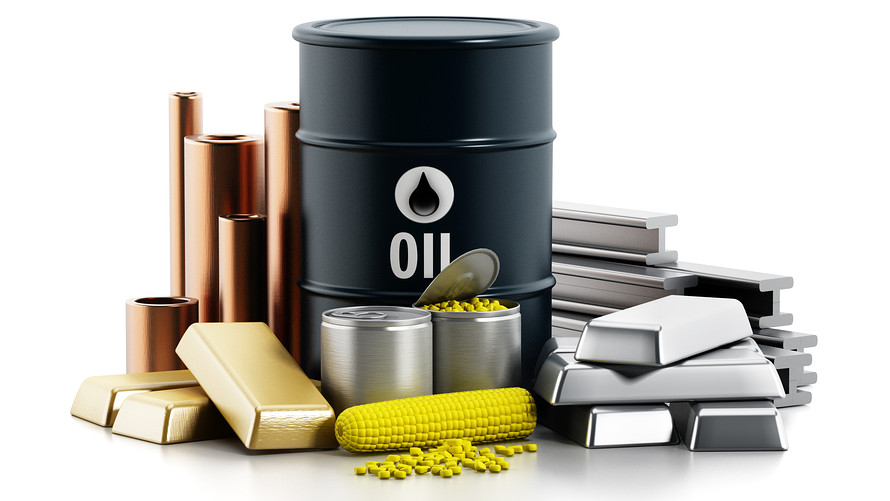 Lean hogs, soybeans and crude oil all lost ground in the third quarter, but the commodities market held its grip on the first yearly gain since 2010.

Commodities typically underperform in the third quarter, but they logged their strongest third quarter since 2013, analysts at Citi Research said in a recent note.

It was “not a hot summer for commodities, but the winter is unlikely to be as cold to investors,” Citi analysts said.

Read: Palladium futures settle at highest level in over a year

Citi offered an overview of quarterly price performance for commodities as of mid-September in the chart below:

“Much like in 2014 and 2015, 3Q this year has marked a turnaround in commodity performance, but relative to those years, the 3Q commodity selloff this year has been less catastrophic and, we expect, more temporary,” Citi analysts said.

They pointed out that some soft agricultural commodities—those that are grown, not mined—including sugar SBH7, -2.36%  and coffee KCZ6, +0.77% “rallied hard” as supplies tightened. Among so-called hard commodities, thermal coal was a “surprise outperformer.”

Coal has benefited from an apparent rise in Chinese demand but analysts have voiced concern that the price gains for the energy source aren’t sustainable.

Lean hogs, meanwhile, have suffered from a seasonally weak period for demand that is likely to last for about another month, said Ned Schmidt, editor of the Agri-Food Value View report.

The soybean market has seen ideal weather in the U.S., which has pressured prices. TheAgriculture Department is projecting the U.S. soybean crop to come in at a record.

Prices for West Texas Intermediate crude oil CLX6, +0.46%  were also down by a modest amount, nearly 0.2%, for the quarter as traders navigated conflicting remarks from crude producers ahead of the much-anticipated meeting of the Organization of the Petroleum Exporting Countries. At the summit, held this past week, members agreed on a plan to cutback production and a set target for collective output, but won’t implement the plan until Nov. 30.

The precious metals market has kept a close watch on when and at what pace the U.S. Federal Reserve will raise interest rates as higher interest rates can boost the dollar and dull demand for dollar-denominated commodities.

The Fed stood pat on rates at the September meeting, but some comments from officials since then have leaned toward the possibility of an increase in December.

Commodity investment inflows suggest ‘investors appear to see greater potential in the commodity sector than they have for a very long time.’

Overall, the commodities sector has seen “exceptionally strong” investment flows, with January to August inflows at $54 billion—an all-time high for the first eight moths of any year, according to a research note from Barclays Research issued Thursday.

“This suggests that investors appear to see greater potential in the commodity sector than they have for a very long time,” Barclays analyst Kevin Norrish said.