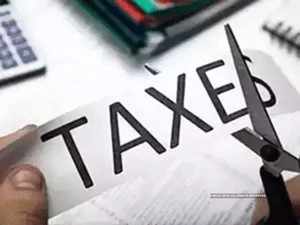 A Gujarat-based listed conglomerate that merged one of its companies with another — a smaller unit was taken over by the umbrella group entity — is now under the income tax lens. While around 60% of the cost paid to the smaller entity was toward plant, machinery and land, the rest was an intangible asset later listed on financial statements as goodwill.

The tax department is of the view that the group orchestrated the restructuring exercise merely to escape taxes — and not just the Gujarat conglomerate. Hundreds of companies that had undertaken restructuring or mergers within the group are under scrutiny for “artificially” creating goodwill merely to lower their tax outgo.

Under accounting rules, goodwill is an intangible asset and depreciates after a merger or acquisition. Goodwill is typically written off within a few years after a transaction, leading to lower tax outgo. The tax department has alleged that “fictitious assets” were created by companies before restructuring and mergers merely to evade tax, and has even threatened to impose the anti-abuse General Anti-Avoidance Rule (GAAR), said people aware of the matter.

The tax department has been issuing notices to companies that engaged in mergers and restructuring, putting goodwill on the books. According to industry sources, about 200 notices have been sent to entities across India.

“When a merger (or) acquisition is undertaken, goodwill is transferred and since it is an intangible asset it leads to depreciation and also lower tax outgo,” said Saumil Shah, partner, Dhruva Advisors. “The tax department is investigating whether companies created fictitious assets only on paper to lower their tax outgo, and this could also lead to tax department triggering GAAR.”

The department wants companies to cough up taxes for the past few years after mergers or restructuring. They are disallowing tax savings claimed due to writing off goodwill and also want companies to pay penalties and interest.

Several companies took undue advantage of a Supreme Court judgment that said that goodwill was an intangible asset, said a tax official.

“The question that companies need to answer is how they arrived at the number (amount of goodwill),” he said.

‘Goodwill not Defined under I-T Act’
“Whether this number was arrived at scientifically or merely created to lower tax outgo is being investigated,” the official added.

Tax experts said that companies may have recorded excess consideration over net assets as goodwill and claimed depreciation during the restructuring process.

Goodwill is not defined under the Income Tax Act, experts said. To qualify for depreciation, the excess consideration paid for acquiring knowhow, patents, copyrights, trademarks, licences, franchises or any commercial right is grouped under goodwill on the financial statements.

“In the absence of a scientific determination, every excess payment cannot qualify as goodwill,” said Dilip Lakhani, senior chartered accountant. “The tax department has a right to question the methodology and the accounting treatment adopted by the transferee company to compute the exact value of goodwill eligible for depreciation.”

Another Gujarat-based company that restructured its power sector business is also under the taxman’s lens. While the transaction was mainly a share swap, it had led to a goodwill entry in the books of the new entity. The goodwill was written off in the next financial year. Another tax lawyer, who has advised four top Indian companies on such transactions, said the move was unfair. Every merger and restructuring plan has to be approved by National Company Law Tribunal (NCLT) and each time the income tax department is asked if it has any objection.

“The tax department cannot wake up a few years down the line to suddenly raise objections when they did not raise any in the first place,” he said.

However, a tax official said that the tax department may not object to a merger or restructuring plan but can still question the treatment of goodwill.

“The tax department is notified about the restructuring scheme pending approval at NCLT level, and even if the objections are not raised at the time of approval, the tax department has a right to question the methodology and the accounting treatment adopted by the transferee company to compute the exact value of goodwill eligible for depreciation,” said Lakhani.

Mergers and acquisitions undertaken by two separate entities are also being examined, said the people cited above. Though no notices have been issued to any large company engaged in high-profile transactions, some of those in which the goodwill consideration runs into thousands of crores could see tax notices in the coming months.