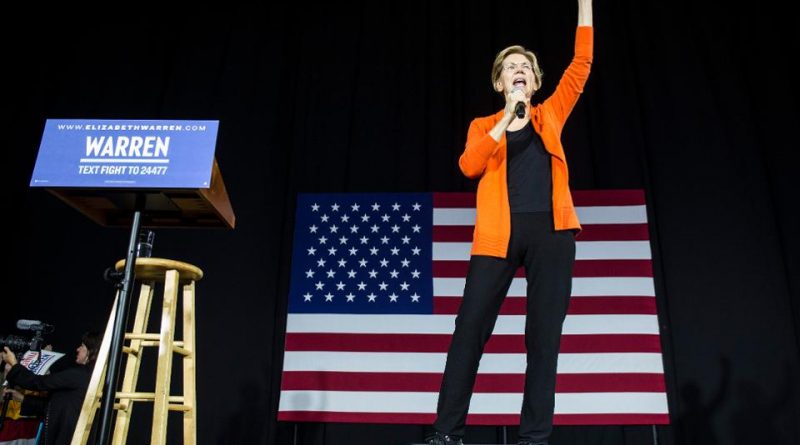 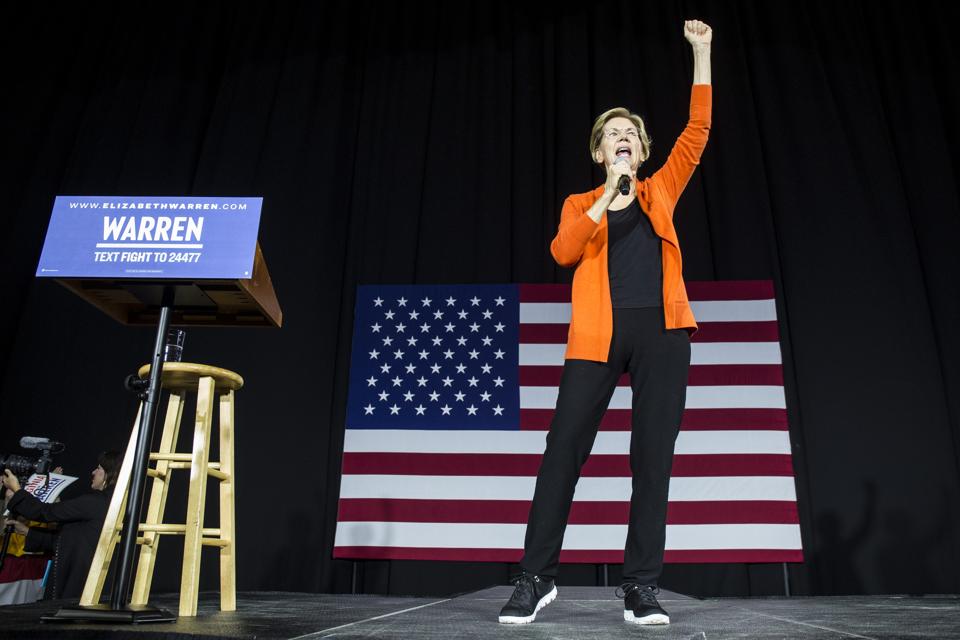 Many (including this writer) have asked over the past months: where is Elizabeth Warren’s K-12 education plan? Beyond her promise to install a former public school teacher as Secretary of Education, what does plan look like? Well, it’s here, and while it’s not perfect, it contains much of what public education supporters have been hoping to hear.

A Great Public Education for Every Student contains many many proposals that are standard promises for candidates these days–fully fund public ed, fight segregation and discrimination, provide “a warm, safe, and nurturing school climate” for students, treat teachers and staff like professionals. These are safe and common propositions, with the devil firmly situated in the details (we’ll get there in a moment). But the next proposal is a bit more aggressive: “Stop the privatization and corruption of our public education system.”

So how exactly does she propose to accomplish these goals. Which devils lurk here?

Warren says that public education funding is a mess. Her proposal includes a four-fold increase in Title I spending (the spending that is supposed to help poorer districts get up to speed), thereby one-upping other candidates who have proposed a three-fold increase. She also wants to working with states and various experts about how they handle funding, and while “working with” can cost nothing and accomplish about the same, she also has some ideas for practical leverage, like linking that increased Title I funding to state’s finding better, fuller funding formulas.

Warren wants to spend $100 billion (roughly $1 million per school) on improvement grants, to build on what works as identified–and this is a critical detail–by the school and district. She’s proposing $50 billion for school infrastructure, and a program to turn at leas 25,000 schools into community hubs. Plus, Warren also joins the long tradition of honoring the federal promise made to fund IDEA, a promise first made in 1975 and never honored since.

Warren’s approach here is to integrate schools by integrating communities, and she’s proposing some housing policies to push that. She also proposes to unroll the Trump-DeVos rollbacks of enforcement and revive the Education Office of Civil Rights. She correctly identifies the newest tactic for segregation–the breakaway school district where a white enclave secedes from a larger integrated district. She also promises to stand up for students with special needs, LGBTQ students, ELL students, and students from immigrant families.

Finally, a candidate who promises to go after high stakes testing:

“As president, I’ll push to prohibit the use of standardized testing as a primary or significant factor in closing a school, firing a teacher, or making any other high-stakes decisions, and encourage schools to use authentic assessments that allow students to demonstrate learning in multiple ways.”

Also, end zero-tolerance discipline, invest in evidence-based school safety, and cancel school lunch debt. This category includes some of her least compelling proposals, including a call for support of college and career readiness education. Some will recognize CCR as a code name for the now-disgraced Common Core Standards, while others will recognize it as a term that we have no working definition for. Warren also throws in social and emotional learning, another current fuzzy buzzword that comes with some problematic baggage. And the language about issuing “guidance” on “education-to-workforce preparedness” is too reminiscent of the old cradle-to-career pipeline, and that’s nothing good.

Warren nods to the #RedforEd movement, and she gets bonus points for not only acknowledging the movement, but also acknowledging that it is largely woman-led. Beyond that, Warren lays out some admirable goals that A) are not necessarily within reach for the federal government and B) come without the kind of detailed price tags that are attached to some of her plan. There are few details and devils here.

Provide funding for teacher pay, apparently via Title I incentives. Plus money for classroom supplies. Strengthen unions, primarily by passing a federal law (already introduced) that would negate and overrule state right-to-work laws for public employees (place your bets now on how the Supreme Court will eventually rule on that one). Protect beginning teachers from entering the field drowning in debt. Free certification. Build diversity in teacher and administrator pool. Provide continuing education and professional development opportunities; this is not a winner. “I wish I could sit through more PD that state and federal officials picked out for me,” said no teacher ever.

This is probably the weakest of the five planks in her proposal. More could be added. Requiring that states do away with laws that allow any warm body to get a teaching certificate. Clamping down on programs like Teach for America that send the message that anybody can be a teacher with just a little training. Systematically empowering actual classroom teachers. Actions like those would show some respect and support for the profession.

This is where Warren has gone further than any other candidate. Her proposals address some of the major issues of privatization and corporate education reform. She recognizes the diversion of taxpayer dollars and the intrusion of profiteers. What does she propose?

We have a responsibility to provide great neighborhood schools for every student. We should stop the diversion of public dollars from traditional public schools through vouchers or tuition tax credits — which are vouchers by another name. We should fight back against the privatization, corporatization, and profiteering in our nation’s schools.

No vouchers of tax credit scholarships (the exact vehicle that DeVos is proposing with her Education Freedom program). Full transparency and accountability for charter schools. They must play by the same rules as public schools. And it’s about time.

End federal funding for the expansion of charter schools. The feds have wasted a billion dollars on failed charters, including those that closed quickly or never even opened. Warren pledges to stop the federal underwriting of new charters.

There are other details here that are wonky but important. Warren wants to extend new federal lobbying laws to lobbyists who work on the state level for businesses that end up getting federal dollars–i.e. charter school lobbyists. She even proposes to tax Pearson on its huge lobbying spending.

Ban the sharing, storing and sale of student data that comes with any individually identifying features.

And one more reason that Mark Zuckerberg is not a fan–she proposes to have the FTC crack down on companies like Facebook or Google or even Class Dojor that routinely collect and deal in student data. Can we make sure that the College Board is on that list, please?

Finally, an item that will seem unexciting to the general public, but which teachers can cheer–a requirement for testing companies to release all prior materials publicly.

Folks have been worried that having a Teach For America grad on staff might have affected Warren’s point of view on education; that does not appear to be an issue now. The candidate has now invited opposition from some wealthy folks and school choice backers; expect to hear them squawking this week. And of course, it’s always important to remember that Presidents do not pass budgets, and Congress always has some ideas of its own.

But in many important respects, Warren’s plan shows that when it comes to some of the important K-12 issues, she gets it. With this plan’s release, she’s replaced one of the Democratic primary’s big question marks with a strong, declarative statement. It has been interesting to watch the primary progression as candidate after candidate has taken the education bar and set it a little higher. Warren has just moved it again.