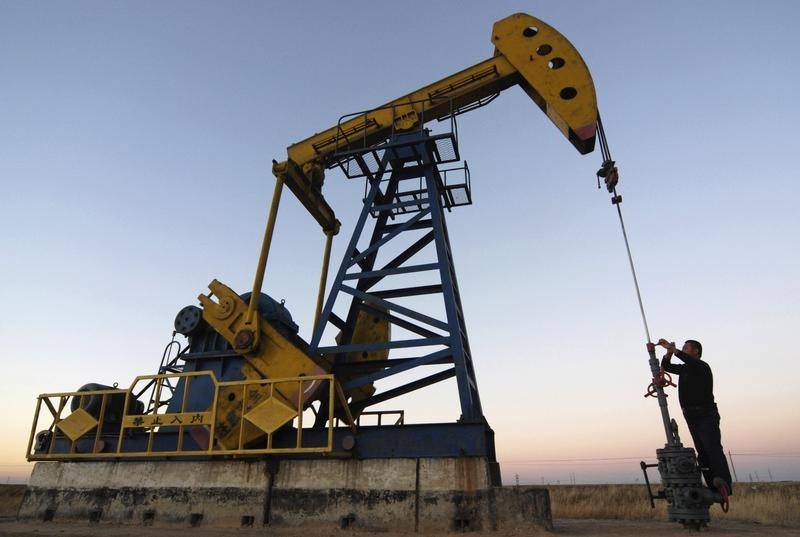 Investing.com – Crude oil futures bounced off the lowest levels of the session on Thursday, following the release of a mostly bullish report from the International Energy Agency on global oil supply and demand earlier in the day.

In its monthly report released earlier in the session, the IEA said that global oil demand is forecast to increase by 1.4 million barrels a day this year, raising its projection from last month by 300,000 a day.

The IEA also said that oil supplies from the Organization of the Petroleum Exporting Countries rose by 50,000 barrels in May from a month earlier to 31.33 million barrels per day, the highest level since August 2012, due to increasing output from Saudi Arabia and Iraq.

The U.S. Energy Information Administration said that crude oil inventories fell by 6.8 million barrels last week to 470.6 million, compared to expectations for a drop of 1.7 million barrels to 475.7 million.

Supplies at Cushing, Oklahoma, the key delivery point for Nymex crude, declined by 1.1 million barrels last week, compared to estimates for a drop of 0.8 million barrels.

Meanwhile, the spread between the Brent and the WTI crude contracts stood at $4.47 a barrel, compared to $4.27 by close of trade on Wednesday.

In the current market, the U.S. dollar index, which measures the greenback’s strength against a trade-weighted basket of six major currencies, was up 0.55% to 95.10 early on Thursday, moving off overnight lows of 94.30.

The greenback regained some strength after weakening broadly on Wednesday as investors looked ahead to U.S. retail sales and jobless claims data due later in the day for further indications on the strength of the economy and the timing of a future rate hike.