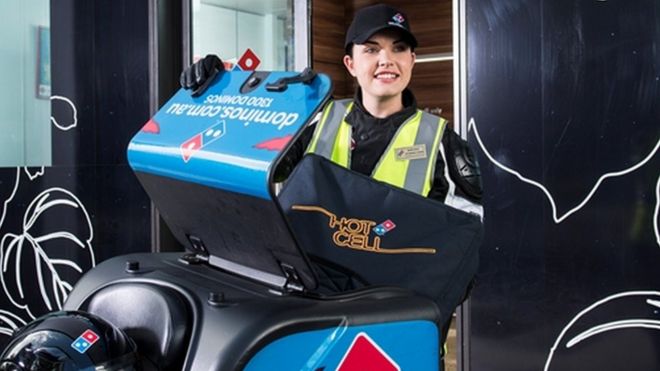 the largest franchisee for the Domino’s Pizza brand outside the US – has posted a more than 55% rise in profits for the six months to December.

Domino’s said the positive figures were a result of “organic growth”.

It claimed it had defied the current global economic environment.

On Wednesday, the pizza giant also announced its second profit upgrade since December – sending its shares up more than 10%.

Domino’s Australia is listed in Sydney and formally called Domino’s Pizza Enterprises. It holds the master franchise rights to the Domino’s brand in Australia, Belgium, France, Germany, Japan and The Netherlands.

The firm said its operations in Japan had increased by 48 stores in six months to December, while its Australia and New Zealand operations were on track to open more than 50 stores for the 12 months to June. It currently has more than 1,700 stores globally.

In December, Domino’s launched its first ever 10 minute delivery store, with managing director Don Meij saying his goal over the coming three to five years was to see pizza’s delivered in Australia within 12 minutes.

“Our commitment is to a philosophy of being ‘slow where it matters, fast where it counts’,” he said, referring to the firm’s aim to prepare pizzas carefully, but to cook and deliver them quickly.

The joint venture, which will see Joey’s Pizza brand become Domino’s, is two-thirds owned by the Australian company, with the remainder owned by London-listed Domino’s, which already had operations in Germany.