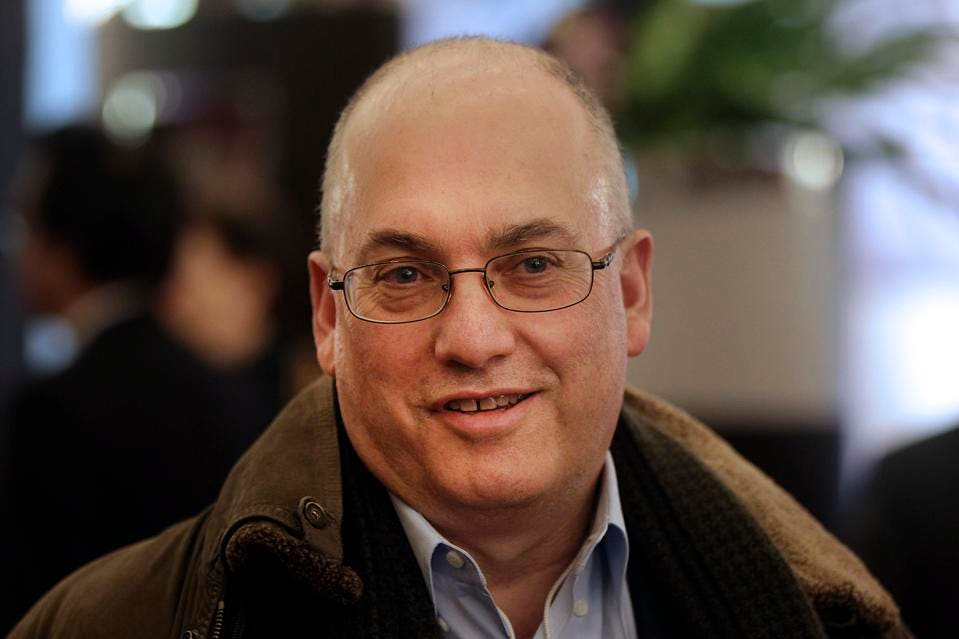 Poker players must have smiled when the great investor, Warren Buffett, quoted one of their aphorisms in a 1987 investor letter:

“If you are sitting at a poker table for 30 minutes and can’t figure out who the patsy is, the patsy is you.”

The book Black Edge: Inside Information, Dirty Money, and the Quest to Bring Down the Most Wanted Man on Wall Street, written by New Yorker staff writer Sheelah Kolhatkar, and recommended to me by one of Framework’s members, a professional money manager, brings this message home in spades.

Kolhatkar’s book offers a glimpse into the quotidian existence at SAC capital, formerly a large, influential hedge fund that was so successful it placed its founder and owner, Steven A. Cohen (“Stevie”), on the Forbes Billionaires list and allowed him enough disposable income to become the proud owner of Damien Hirst’s pickled shark sculpture. Not bad for a Jewish kid from Great Neck. 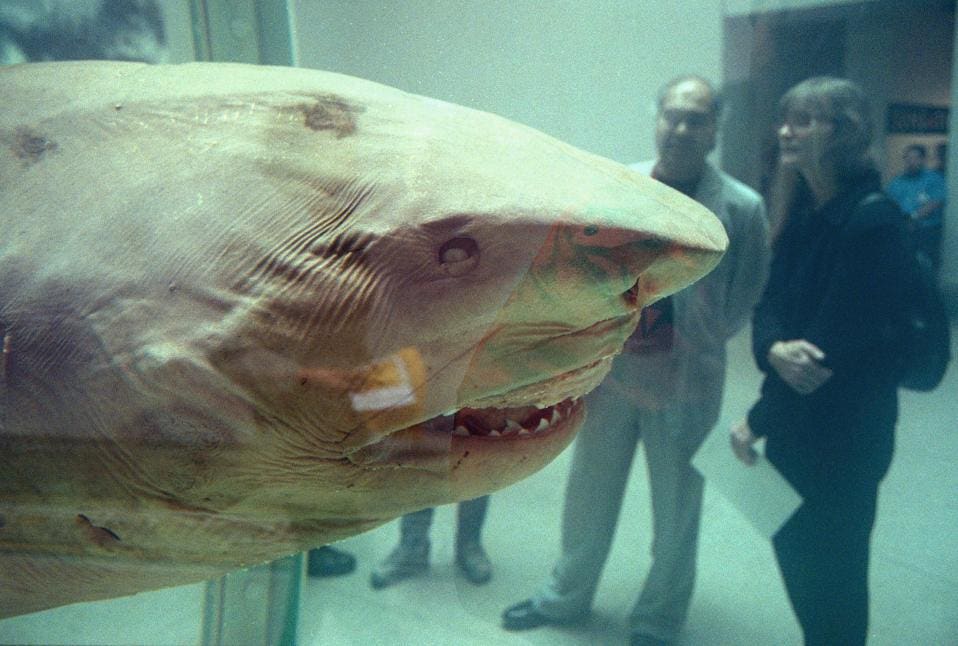 NEW YORK, UNITED STATES: Visitors to the Brooklyn Museum of Art look at artist Damien Hirst’s ‘The Physical Impossibility of Death in the Mind of Someone Living,’ part of the Sensation exhibit in New York 30 Septembe,r 1999. The piece contains a tiger shark in a glass tank of formaldehyde. The exhibit has outraged New York’s Mayor Rudolph Guiliani, who has called for its removal. AFP PHOTO/Doug KANTER (Photo credit should read DOUG KANTER/AFP/Getty Images)

The book leaves me – and should leave most readers – with the very clear and strong impression that that most professional investors, let alone individual ones, would not have been able to survive at Stevie’s eponymous fund. Hedge funds employ smart and numerate people that are willing to see how far the rules can bend without breaking. SAC took it one step further, to make sure that if rules were broken, the breakers did not commit said breakage to writing or to recorded telephone conversations.

SAC’s specialty was the preternatural ability to be on the right side of the trade when an earnings or other big announcement was made. The ability to pick the winners was made easier by the employment of “expert networks” – organizations that still thrive and survive in the corporate world.

An expert network contracts out to well-placed managers, researchers, and engineers at companies in various industries. Hedge funds shovel out fat fees (even to the tune of $1,000 an hour) to speak with these industry experts about their fields of specialty. A hedgie that finds a knowledgeable expert, wines and dines him or her; sooner or later, the expert may divulge something that might be just on the far side of the borderline separating “interesting” (legal – “white edge”) from “material non-public” (illegal – “black edge”) information.

Even if the fund spends $20,000 on an analyst’s conversations and relationship building with an expert, if that relationship leads to a $276 million profit for the fund, the twenty grand becomes pocket change. 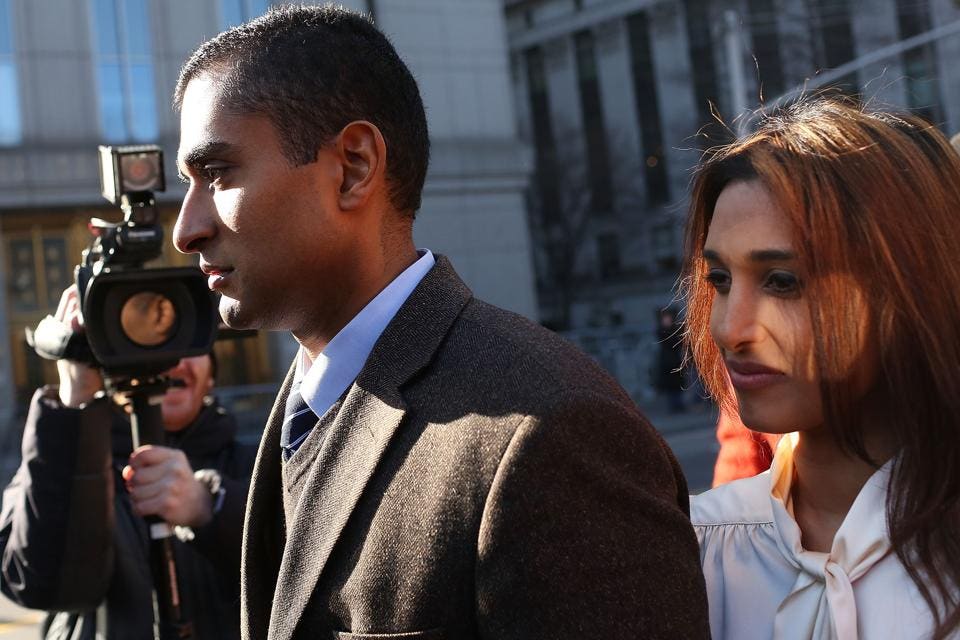 NEW YORK, NY – JANUARY 03: Mathew Martoma (L) walks with his wife Rosemary after leaving Manhattan federal court following his arraignment on insider-trading charges on January 3, 2013 in New York City. Martoma worked for CR Intrinsic Investors LLC between 2006 and 2008. He was released on $5 million bail after being charged with securities fraud after using insider information to make more than $276 million for his fund and others. (Photo by Spencer Platt/Getty Images)

Here’s the question for you, individual investor trying to make a go of day trading per the “secrets” of an online guru: When was the last time you dropped twenty grand to get a tip about an earnings announcement?

Any investor trying to sit at the same table as Stevie Cohen, playing Stevie’s game of picking winners and losers must realize that whatever hand they are playing, it will be the losing one in the end. Those investors are the game’s patsies.

The solution is not to give up and stuff your retirement assets into a fund whose only purpose is to buy investment assets in proportion to their market price – buying more of expensive shares and less of cheap ones is the investment mandate of every index fund.

The solution is to think of investing not as a casino sport, but as taking an ownership stake in a business. As an owner, there will be ups and downs according to the uncontrollable – and for anyone without access to an expert network, unknowable – vagaries of the public markets.

But in the end, you will sleep better and wind up better off financially. Surely that’s better than buying a pickled shark.

I teach institutional and individual investors how to close the gap between their investment responsibilities and their skill sets, specializing in valuation and investment structuring.